Snake with a head on both ends

What sort of biological challenges and modifications would it take to create a snake with a head on both ends?

Assume that said snake is created by a deity and thus some complicated evolution path is not required. It does however require that this species of snake be able to survive and sustain itself within a stable ecosystem. I’m not looking to discuss the complexities of evolution nor the whole of an ecosystem, instead I’m looking specifically at biology here.

Two challenges that immediately come to mind are the digestive system and the reproductive system. If you see additional challenges, please say so. The answer that I’m looking for addresses the biological concerns and offers a solution.

Head musings: what is a head? Can it still be a head if it does only some of the things the first head does?

First, a mental exercise. Consider the penis. One organ and one orifice combines urination and procreation, and some think also sexual display functions. Certainly these functions could be split or others added: female mammals have 2 orifices for these functions, and the reptiles include defecation in the single orifice of the cloaca.

The question: a snake with two heads. If we can have a thing be a head but not necessarily carry out all of the functions of our own human head, it becomes much easier.

Easiest is the single function: to declare to the world "I am a head". Here is the amphisbaena, a real reptile named after the mythical two headed snake. Also: the fat-tailled gecko. 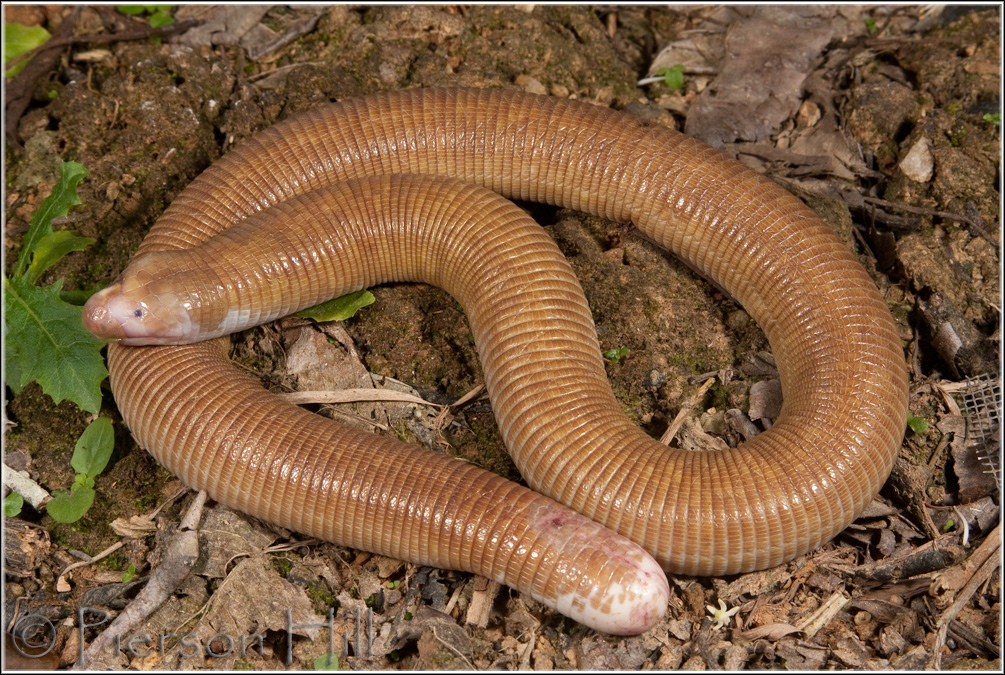 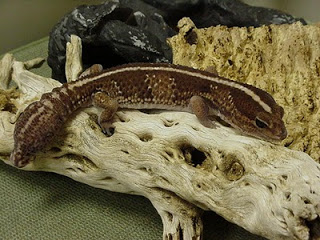 The tail of these reptiles appears like the head, and vice versa. If the simplest head is a thing that proclaims "I am a head!" then these things have 2 heads.

What about a more functional head? Could a second head take on more of the duties performed by the first? The easiest would be offensive / defensive duties. Duplicating a mouth that can bite would be doable. Defensive apparati on the "tail" is already a done thing, with the simplest being big iguana-like tails that lash and the best probably being the scorpion. It is a good place to put a tail gunner head, because probably you are running away.

I like a division of labor between the heads. Main head is in charge of eating and tail head is in charge of defense. Eyes on the tail head would help with that. And it occurs to me that a second defensive snake head that could bite might benefit from a venom different from that of the first. A head that eats needs venom with the ability to quickly incapacitate prey animals. A head running defense needs venom that hurts terribly (like bee venom), blinds, or otherwise deters predators probably larger than the snake.

What about excretion? Digestive tracts are linear and you don't really need two. The cloaca could be under the chin of the tail head. Or the tail head might use the proximity of waste materials to augment its defensive apparatus. Snakes already shoot pee and poo defensively.. Using that good stuff as a carrier for sprayed venom seems awesome for a defense tail head.

I am thinking of a medieval Game of Thrones type world, where one of the Kings sidemen is called Tailhead (not to his face) because his role for the king is similar to that of the above described tailhead of the 2-headed snake.

Last: breathing. On thinking about this 2 headed snake I wondered: how do snakes not compress their trachea shut when swallowing huge prey whole. On reading up, exactly that happens. Snakes have an adaptation for holding their breath for a long time.

Another lung difference is that snakes have 2 separate lung chambers in the right lung. The first is the same as a humans, but the second is an air sac. The second is for storing oxygen, because when snakes eat their food it fills up their mouth not allowing them to breathe. The additional air allows them to survive without breathing for up to two whole hours!!

If you could breathe out of a head different from the one with its mouth crammed full that would be a sweet workaround.

The psychological effects. (of a snake? yes:) Where will the snake go? Where head 1 wants to go or where head 2 wants to go? For a snakes movement, the alignment of the scales is important. So if it's exactly split in half, I assume half of the scales would have an alignment for head1 and half for head2.

How will they cooperate? They can probably only crawl around in a U shape, which is interesting when navigating obstacles (like a tree). So perhaps, the 2 heads always have to stay very close together, so they form more of a loop than a U shape to reduce the chance of getting entangled.

Hunting: When hunting, snakes rely on sudden very fast movements. Basically, they turn their body into a loaded spring. With 2 heads: is one head the "base" of the spring? How do they decide which one? If they both jump, .....

If it's long enough, they could try to attack their prey from 2 sides at once, thus gaining it some advantage. So now, it doesn't act like a spring shooting out, but more like a classic trap with 2 spring loaded 'danger heads' shooting towards one another. If they miss though, what happens if they bite into each other?

You already mentioned the digestive tract, but did you also think of the psychological effects of this topic? (Which head gets to eat (first)? Does it make a difference to them? Do they rip their prey in half?)

Four eyes see more than two, so that's another advantage.

What happens if one head dies? What happens if you cut it in half right in the middle, what if you cut off one head right at it's base? What if there is a dominant "eater", but it loses it's teeth, can the other one jump in? Do the two heads communicate? Internally (nervous system (=might appear as a sort of telepathy)) or externally (sounds,...)?

This two-headed snake could be a pair of amphisbaenians which, in place of tails, share a brain-case which houses the brain, with the brain-cases of the skull only containing the end of the spinal cord. They could be made more snake-like by giving them snake-like heads and markings

Not the answer you're looking for? Browse other questions tagged biology fauna anatomy or ask your own question.

5
Viability of a hybrid endo-/exo- skeletal intelligent (space-age) race
25
Can a dragon's fire breath be liquid based?
4
Can a race/species survive consuming only liquids?
35
Is a food chain without plants plausible?
1
Gorilla + Orangutan = The Best of Both Worlds
15
A branch-mimicking snake?
10
Could a Hoop snake actually roll like a wheel?
3
One finger, one thumb, one arm, one leg, one nod of the head
1
How would head shaping affect the ligament attachments of a gorillas skull?