How many nukes can explode in the US without seriously affecting Canada?

I thought a prequil is in order. A story to explain how American society got to that point. But in order for 'A Handmaid's Tale' to be coherent, Canada must remain fully functional.

So here roughly is a sketch of the plot, necessary to understand the scenario behind the nuke detonations, why they are limited, and why they are restricted to only the US. Please understand that it is a completely fictional account, and any similarity to current American politics and any similarity between my antagonist and Mercer is done in a completely fictitious and anecdotal intent. It is in the genre of alternative history, as is Margaret Atwood's novel.

Most major institutional stock trading in the US is now done by computer algorithms. An IT professional (the antagonist) has intensively studied them and has developed a super-algorithm that can predict their decisions, based on current economic and social data. He has set up a huge server and analytical infrastructure in Russia that follows all social and economic trends, that determine the inputs to these stock market algorithms, in order to predict future trends and current buying behavior. Further, he has developed a platform to use social media to alter the social zeitgeist just enough to drive the stock market input factors in the right direction. His idea is not to make money on the stock market, but to make his fortune on the futures market. That is, he bets on a future market trend, then manipulates the trading algorithms to make his prediction a reality. If you have looked at the futures market, you will understand that the gains can be much more enormous than just traditionally buying and selling the stock. Your gains are immensely and dramatically exponentially inflated, if you make the right predictions, with limited initial investment.

He soon becomes a billionaire. But his biggest objective is to manipulate the stock market to super-inflated highs, bet on the futures market, then cause a complete stock market collapse. All through his ability to predict the decisions made by these trader algorithms, and his ability to manipulate the social conditions necessary to influence the algorithm inputs. Subtle changes in buyer and seller behavior, based on social expectations, can be compounded by these algorithms into significant stock market shifts and trends. The value of stocks moves on small numbers being bought and sold, not on the overall total value of all stock. (If all of the stock were put on the market at once, the value would drop. If a few stock are put on the market and sold at a huge price premium, the value of all of the stock goes up. So very carefully placed bids can influence the overall stock market.) The stock market, after all, is purely emotional in nature for the general public. His wealth becomes unimaginable. But this is not his greatest achievement.

In order to succeed with his futures plan, he needs to minimize government intervention and regulation. He needs a financial regulatory climate where his machinations first cannot be detected, and secondly cannot be stopped, but most importantly, he can not be prosecuted (legal bills being so high these days). So he uses his social media and data analytics platform and propaganda machine to instill a government that is so chaotic it is completely dysfunctional and can no longer fulfill its regulatory functions. He makes sure his daughter is the person that makes all senior WH staffing decisions. Cabinet portfolios remain unfilled, the White House is critically under-staffed, and cabinet ministers are installed whose bias is to gut the agency they administer. The Senate and House are so ideologically deadlocked, and the POTUS administration intentionally waffles from extreme position to extreme position so that no effective legislation is passed. The government is put into shutdown for months on end because these waffling positions make it impossible to come up with a workable bill. The swamp is drained and a parking lot is put in its place. Except for one accomplishment. State federal court judges are appointed that will uphold his extreme ideological position, clearing away the last legal obstacle. The only requirement for these lifetime judicial appoints is a track record of gutting federalist control and of having a personal stance supporting white supremacy and sexism. The political position of elected state governors becomes irrelevant.

He is also able to recruit Russian help, so that the main computer programs and database can be run outside of the US, protected by the leader of Russia from American regulatory intervention. He can, of course, offer the Russian administration the one thing they so desperately want - the collapse of the American financial system, in revenge for the American involvement in the collapse of their own,

So, the US government collapses, and the country is driven into an ideological divide. Civil war between the ideological groups becomes inevitable. Civil war with nukes. Except that he is controlling the person with the nuclear codes. Progressive states like California and New York decide to succeed from the union, driven by the collapse of the American economy through policies of protectionism and isolationism. California and New York depend on global trade for their prosperity, and the administration is closing it off.

So the puppet government drops a few nukes on California and New York in warning. Given the insanity of the last American civil war, American lives are irrelevant in an American ideological dispute. At least ten percent of the American population, military and civilian, was killed or injured in that conflagration. Civilian death is inconsequential in US political ideology, given the one-sided gun debate.

Russia threatens to drop nukes on America to stop the insanity, because of course if America nukes itself to death, Russia will be destroyed by the radiation.

So California and New York capitulate, sue for peace (Russia, of course, also calls a truce) and the extreme white supremacist sexist oligarchical government takes full control of the US, exactly as in 'The Handmaid's Tale'.

So that leads to my question. I have outlined the reason why nukes have been dropped on the US by Americans, and the reasons why it is not all-out Armageddon between world antagonists. It is localized only to the US. It sets up the conditions necessary for 'A Handmaid's Tale' (though I am not sure Margaret had nukes in mind for the suppression of the liberal opposition).

How many nukes could this oligarchical government drop on its own people in a civil war order to suppress liberal opposition, to force capitulation, but also to ensure that Canada was left relatively unscathed, and Russia unthreatened and non-retaliatory?

Adding to that known population density of Canada 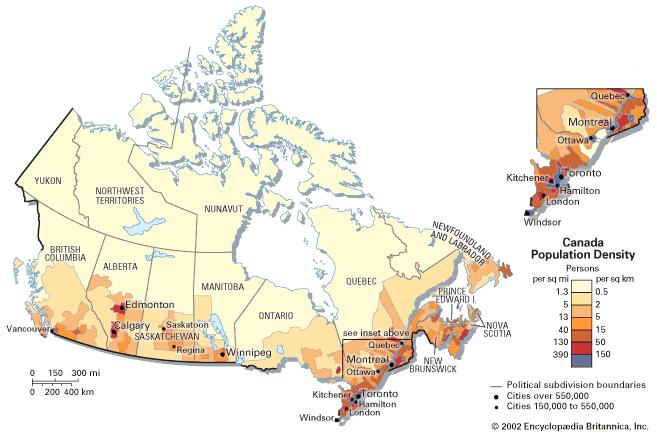 We can safely conclude that only places that US government should avoid to nuke is Cleveland and Detroit. As those are only places where fallout rain, clouds etc. could travel to Canada and do any harm to it's population.
So to answer your question: how many nukes can government in US use against their own people the answer is: all of them.

Not the answer you're looking for? Browse other questions tagged warfare weapons alternate-history politics nuclear-weapons or ask your own question.

8
Why would Government want to fund time travel program to witness shameful history in the making?
9
How would a drug cartel claim legitimacy as a government entity?
4
What forms of ammunition/munitions could people realistically manufacture or recycle when modern infrastructure and society is collapsing?
1
How would the governments of Earth in 1975 react in the months prior to the creation of my fictional military organisation?
8
Is this a plausible timeline if the United States legalized prior restraint following the Pentagon Papers?