What do mushroom-corals use to build their skeletons?

The world is a steamy tropical ball reminiscient of Earth in the time of the dinosaurs. There is no permanent ice cover anywhere on Earth. An arctic continent, entirely within the polar circle, is surrounded on its seaward edge by giant mushroom forests.

These forests exhibit year-round oceanic temperatures between 10 and 20 C. There is moderate rain and heavy fog all year. The fungus that make up these forests are symbionts. Their mushroom-like fruiting structures have evolved into complex shapes filled with photosynthesizing bacteria or algae to generate energy. In this way, the biome operates much like a coral reef with the fungus taking the place of corals. During the endless days of arctic summer, the phototrophic bacteria (or zooxanthellae) generate energy; in the long months of sunless winter, the fungus absorb nutrients and decompose matter in the soil.

I want my mushrooms to be able to build skeletons for themselves to take all the wierd shapes and colors seen in a reef. Corals can build calcium carbonate shells because the raw materials are floating all around them. Calcium ions are present at 411 ppm in seawater, while bicarbonate are 145 ppm. But calcium is not that common in a wet forest that never freezes, like these mushroom forests. For example, studies of calcium in soil and biomass in various rainforests show some forests have as few as 300 kg of calcium per hectare; while even the most plentiful rainforests only about about 4000 kg. That may seem like alot, but 4 tons of limestone equivalent is not nearly enough to decorate a whole hectare with giant mushroom-trees and intricate mushroom-brain-corals.

What can symbiotic fungi use to build hard, rock-like skeletons in the way that coral reefs do?

Glass sponges exist and you can leech an endless supply of silica from the soil, some plant already incorporate small amounts of it as a defense mechanism. Diatoms are another example of an organism that builds a skeleton of silica glass.

They would end up only growing as fast as corals not the faster speed mushrooms and plants normally manage, plants who can generate cellulose literally from the air and sunlight can grow very fast comparatively. However ground water does have higher concentrations of silica than ocean water, so it need not be too slow. Expect something made mostly of chitin with a silica skeleton, kinda like how wood is made of cellulose and lignin. 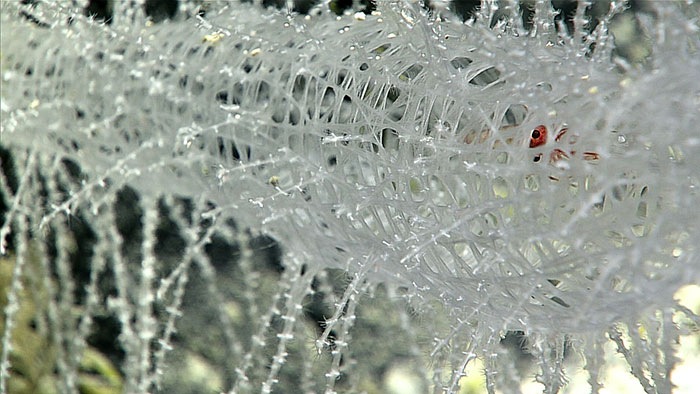 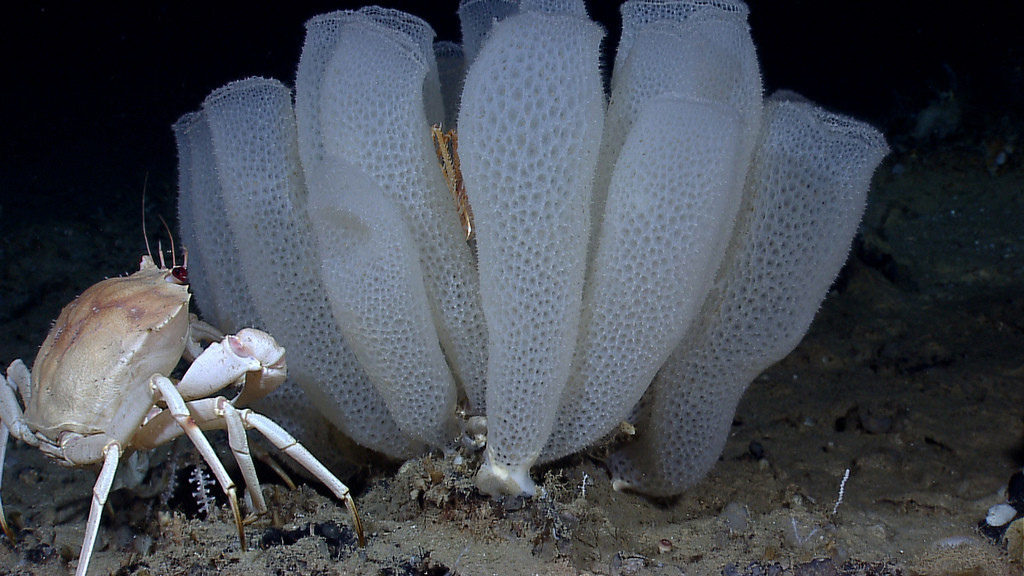 Cellulose is a very good terrestrial structural molecule. Very popular in forests. It can create large structures in a massive variety of shapes. Unfortunately fungi don't use cellulose as a structural molecule. You could wave your hands a bit and say that they do but there's another more plausible option.

Chitin is a polymer based off glucose with a similar structure to cellulose. Mushrooms already produce it.

If we're imagining a forest of Morrowind style giant mushrooms. We can ever so slightly wave our hands and say that they use chitin to give them their structure similar to how plants use cellulose.

Not the answer you're looking for? Browse other questions tagged biology evolution flora fungi .

15
Where do mushroom forests thrive?

19
Could a Species Use Tools (and Build a Civilization) Without Thumbs?
15
Where do mushroom forests thrive?
10
What animals live in mushroom forests?
4
What would it look like to build a human?
6
What could cause trees to grow large, hollow bulges about halfway up their trunks?
8
Can a giant mushroom be used as a material to build watercraft or sailing ships?
5
What would the biology of magic plants that get their energy through pure darkness look like?
2
Goats have evolved to become bipedal. What do they do with their hands?
13
Why would mushroom-like flora prefer to use a calcium carbonate skeleton instead of a chitin one?