What could cause the world to be almost completely submerged in water, naturally or man-made?

I'm trying to build a world that is almost completely water, but I couldn't come up with an explanation for WHY the world was like this. The world has the same gravity and atmosphere of Earth. It also had to have basically the same land structures. What could have happened to this planet to make it this way?

The idea of an ocean planet isn't too far-fetched. There are several moons in the Solar System - Enceladus and Europa, for instance - that have subsurface oceans. If the ice covering their surfaces melted, they'd be just what you're looking for. Extrapolating that to a larger, planetary-mass body isn't too hard.

There are some things to consider, though. The atmosphere will likely be water-heavy; you're not guaranteed a nice mixture of nitrogen and carbon dioxide (followed by oxygen, if life arises to produce it - and all you need is a lot of bacteria!). Ammonia might also be present, a relic of the planet's formation farther out form the Sun. None of this precludes aquatic life, of course.

There are several excellent candidates for ocean planets:

It's interesting to note that two of these are in the same system, orbiting Kepler-62. Also, if you peruse this list, you'll note that they do run the gamut of Earth-mass planets. If you look at enough ocean planets, you'll almost surely find one with a surface gravity of roughly $g$, 9.8 meters per second squared. Honestly, if you don't mind some rather dull views, life on an ocean planet would be quite manageable for, say, human colonists, given the right atmosphere and the right tech.

More water emerges from within the planet. 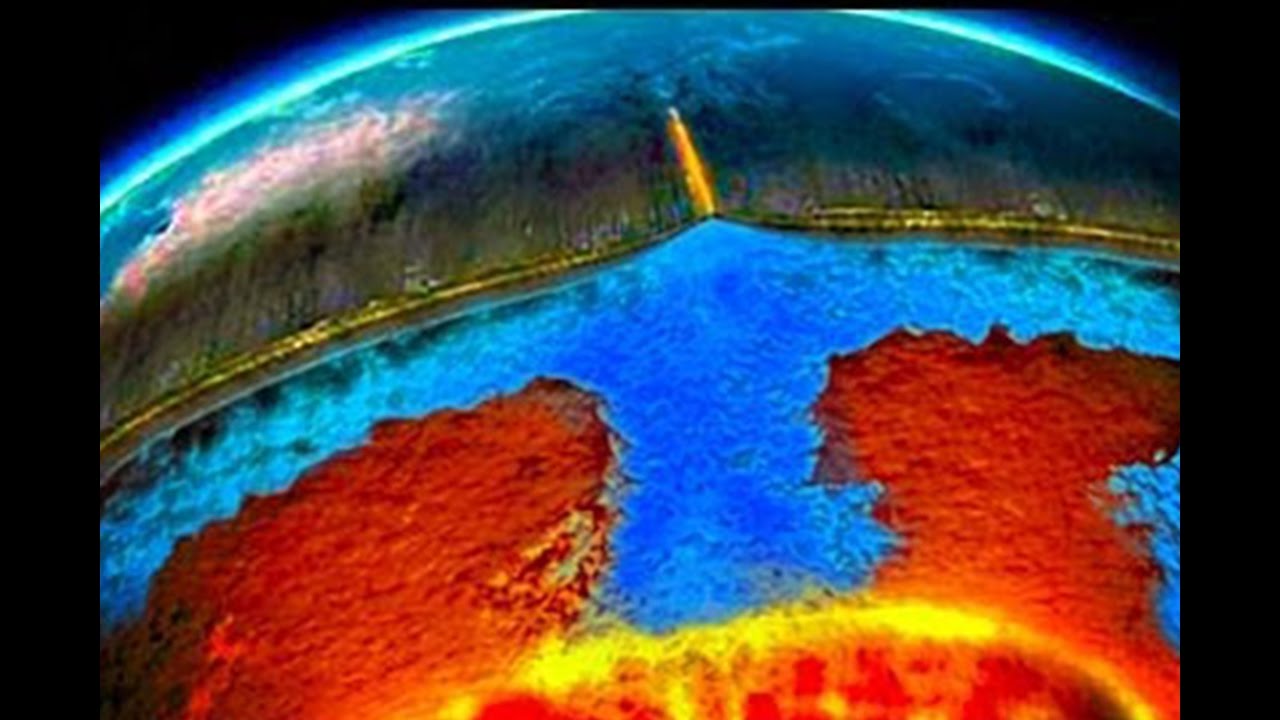 A reservoir of water three times the volume of all the oceans has been discovered deep beneath the Earth’s surface. The finding could help explain where Earth’s seas came from.

The water is hidden inside a blue rock called ringwoodite that lies 700 kilometres underground in the mantle, the layer of hot rock between Earth’s surface and its core.

The huge size of the reservoir throws new light on the origin of Earth’s water. Some geologists think water arrived in comets as they struck the planet, but the new discovery supports an alternative idea that the oceans gradually oozed out of the interior of the early Earth.

“It’s good evidence the Earth’s water came from within,” says Steven Jacobsen of Northwestern University in Evanston, Illinois. The hidden water could also act as a buffer for the oceans on the surface, explaining why they have stayed the same size for millions of years.

Some shift occurs - perhaps - tectonic plates get out of the way, or heating occurs where it previously did not. Maybe a relatively higher density piece of crust subsides down into this water rich region, displacing the water up. In any case, the oceans rise and rise a lot as this water emerges.

Having heavy regions of crust subside into this region would let you dispose of mountain peaks that would otherwise be hard to cover. The peaks go down as the water is pushed up.

If the Earth was completely smooth, then there would be ~2.6km water covering the entire surface. I guess you can imagine some event which made all the lands sink below sea level and the ocean trenches being filled up. Realistically this is extremely unlikely and has never happened to Earth as far as we know.

It is quite possible that Earth will be like this in the far, far, future, and this would just be caused by natural processes. If the earth crust's solid, rocky material that makes up the continents (and therefore land) would be spread evenly, all land would be submerged (jus as ACAC mentioned). It is because the ocean surface is much larger than the land surface on our planet, and the oceans are deeper (on average) than the land is high (on average).

Now, there is just a natural process that spreads the earth crust: over long times (millions of years), rock is not completely solid but flows like a very viscous (slow-moving) liquid. This makes mountains slowly sag under their own weight. This causes mountain ranges to disappear in the course of dozens of millions of years. (Erosion, a different process, caused by chemistry and weather, also helps.) Over even longer stretches of time, this destruction happens to entire continents.

The reason there are still mountains and continents, after 5 billion years of earth history, is that there are also other forces at work. That is the geological activity of earth: radioactive decay keeps the earth core hot. Meanwhile the coldness of the universe as a whole (a consequence of the expansion of the universe) makes the earth surface much colder. The heat flow from core to surface causes powerful convective currents of half molten rock in the earth's mantle, and these currents cause plate tectonics: the drifting of continents, the raising of mountains, and other phenomena of earth's active geology like volcanism. The raising of mountains by active geology compensates for the mountain's natural sagging and erosion.

Now, the heat and the radioactive decay in the earth's core that powers it all, gets weaker and weaker over time. Geologists think the mantle currents and continental drift will stop in billions of years, and earth geology will become inactive. (Source: Plate tectonics just a stage in Earth’s life cycle, Simulation shows crust to stop shifting in 5 billion years, A window for plate tectonics in terrestrial planet evolution?) Mountains will no longer be raised, but the sagging caused by their weight will continue to destroy them, together with erosion.

I am just unsure if there is enough time for the destruction of the continents to finish before the sun swells up and destroys the entire earth. (Scheduled over 5 to 8 billion years.)

Edit: Wikipedia's Future of the earth predicts: All water will evaporate over a billion years because the sun gradually gets hotter. (The hotter sun is a (somewhat paradoxical) effect of the sun slowly running out of fuel.) Ofcourse, if all water has evaporated, there are no more oceans at all, to cover the land, even if that land is spread out even. The Wikipedia article also expects plate tectonics to end, but for different reasons: the disappearance of water will stop the lubrication neccessary for active geology.

Edit: Mountains on Mars, volcanos on Venus and craters on the Moon are still present, despite present geologic inactivity, and despite erosion. That's bad for my theory.

Still, I think no mountains and continents will form if there is no active geology (plate tectonics) even in the youth of a planet. Meteor impacts will still cause craters, but erosion can destroy them, as has happened with most craters on Earth.

Water Under the Crust

It has been theorized that under the Earth's crust lies a vast expanse of water. This body of water lies between the crust and the core, surrounded by a blue mineral called ringwoodite. This water would be capable of filling the Earth's oceans three-times over. If a hole were somehow drilled through the crust (which is nigh impossible), this water, under extreme pressure, would gush to the surface and wouldn't stop until the pressure above and below had achieved homeostasis.

Here's a link to the source http://www.natureworldnews.com/articles/7560/20140613/vast-underwater-ocean-trapped-beneath-earths-crust.htm

The all the same amount of water can take more or less volume if affected by extra conditions, and occasional change in that balance can raise waters level on planets like Earth. For example: have you seen mountain rivers, with all that whirlpools, boulders and banks? You can scoop up a full glass of water and surprisingly see how its amount decreases to half-a-glass while all the bubbles and turbulences go away.

So, we consider the following:

Not the answer you're looking for? Browse other questions tagged planets earth-like water ocean or ask your own question.

1
Can the pitch and speed of an asteroid cause a less catastrophic results?

123
Could a planet made completely of water exist?
15
What would the minimum mass of a water world need to be to form ice Vll, due to pressure, at its core? What about ice X, ice Xl, and higher?
15
Can a house cut off from the world still have water for a short time?
8
Water planet turns into desert world without being rendered uninhabitable
8
Plausibility of purple oceans
25
How could a planet have most of its water in the atmosphere?
7
What could cause the sea level to massively decrease?
3
Will my planet work? (size, gravity, atmosphere)
4
Would oceanic planet's water be drinkable?