How unlikely is it that Hawaii was discovered by Old World explorers?

I recently went to Hawaii for a business trip. As I was coming in for a landing and looking at the progress map in front of me, it occurred to me just how very small the Hawaiian Islands are out there in the middle of the great Pacific ocean. Later that evening when I was relaxing in the waves off the coast of Maui, I enjoyed looking out to the west and thinking of all of the ocean between me and Asia.

This begs the question: given Hawaii's size and solitude, just how likely was it that Captain Cook would discover it? Indeed, how likely would it be that Hawaii would be discovered before the age of satellites?

I am looking for people knowledgeable of the time and the exploration endeavor underway. Shipping routes, ocean currents, etc. might play a role in his answer.

I am exploring the possibility that Hawaii was never discovered by the old world and was left to develop independently.

It is quite amazing how many islands were discovered. Basically, all of them everywhere were discovered by the late 1700s; most of the islands in the Indian and Atlantic oceans were discovered far sooner. Hawaii is mountainous and visible from a distance, and has lots of islands to spot. Lets look at some other medium to large sized archipelagos that are not part of the continental margins that are comparable in size or smaller than Hawaii and when they were discovered. Arctic and Antarctic islands will be ignored. I'm not counting anything in the Philippines or between Indonesia and New Guinea either, since those Islands were generally well connected to each other.

There is basically no precedent for an island being undiscovered past ~1770 when the great expeditions of people like James Cook went out, even if this island was in the storm-driven Southern Ocean. If even Johnson Atoll was discovered by 1796, there is basically no chance Hawaii could stay hidden any longer than it did.

The unfortunate answer to your question is "very unlikely."

During the time of Cook's voyages (1768-1779) every naval power on earth (the Dutch, the Portuguese, Spain, and of course, England) was trying to map the world. Not just for the purpose of business, but for military and political purposes as well. Naval technology, optical technology, navigational technology, and cartographic technology had all come to a point where the world took the next big step forward.

Yes, Hawaii is small, and it would seem like it was difficult to find. However, Cook was specifically a skilled navigator and cartographer. I can't find how tall the HMS Resolution's mast was, but it was not uncommon at the time for mast heights to reach 300 feet. That would allow them to scan a radius of over 20 miles at any time (depending on weather, or course). With an average speed of 5 or so knots (about 5.5 miles per hour) and, say, a 10 hour day (55 miles) that means you could view about 2,000 square miles a day.

But Cook wasn't depending on eyesight alone. Wherever he stopped he would talk to natives about their neighbors, both myth and reality. He wasn't just doing this for alturistic purposes, every inhabited island represented resources and supplies a ship at sea could use to stay at sea — especially during war. So he hopped from island to island, slowly charting everything he found.

Until he found Hawaii.

Considering how much effort was going on at the time, the odds of not finding Hawaii within the period of 1750-1850 are, frankly, zero.

Now, having said that, I wouldn't just throw away your ideas. Cook was met with enough equanimity, curiosity, and hospitality to allow for Hawaii's then dependent development. However, the Sentinelese are a stone-age people still living today. Despite the island being very, very close to the coasts of Burma, etc., the people survived cultural contamination — basically by being the meanest mother hubbards on the planet.

Regrettably, this would mean changing the basic nature of the Hawaiian people such that they beat off Cook and everybody following such that people stopped wanting to land on Hawaii. The island would still be discovered (couldn't be avoided), but the people would have developed more-or-less independently.

I mean, all sorts of flora and fauna found or washed up on to it as well. I'm assuming Hawaii is located near the confluence of several of those large ocean currents. Also, Hawaii isn't the only set of islands in the Pacific. Here is just a quick sampling from what I found on google maps, and you can see that it's fairly plausible that things just slowly moved that way over time. 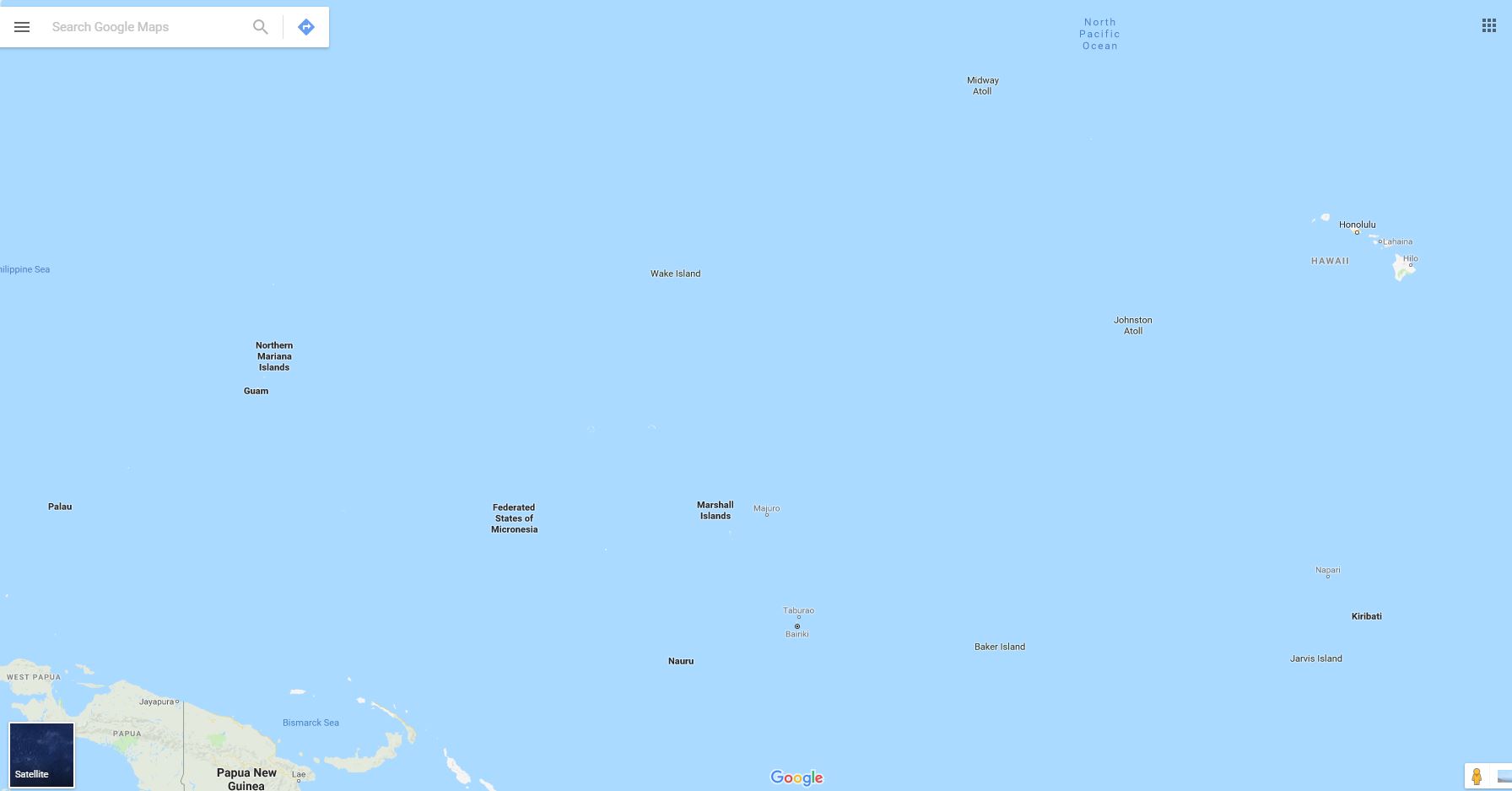 Not the answer you're looking for? Browse other questions tagged history exploration or ask your own question.

15
If Jesus performed miracles today, how could we convince the people of 4000AD that they happened?
0
How would the body evolve if DNA was signed?
38
The Infinite Sea, how narrow can that be?
2
How can I pinpoint the closest time period to the modern world to develop a religion?
2
How was currency converted in the middle ages?
7
How could world civilization lose the knowledge of a global event?