I'm Wyvera, a young female writer. I've been working on a science fiction project for more than a year now. This project, which I will eventually turn into a novel series, is supposed to remain as scientifically-plausible as I can get it to be. I've mostly succeeded, but there's one science field that I... kinda suck at. That's chemistry.

I've been adding fictional elements to this project because it features alien worlds, and I started adding fictional elements not too long ago as to give it more variety, creativity, and allow more aspects to be added to it in general. I've also been considering alternative biochemistry, but I kinda stink at that too. For nearly a month I've been looking around the internet, trying to find somebody who was at least experienced in chemistry, to no avail. I found this place recently though, so hopefully, I can get something.

So I'll list down some questions I have for it. Ask if I need to specify more:

1: Is alternative biochemistry possible? If so, what elements could work for it? Silicon? Ammonia? Boron? Methane? And how would life be different depending on the elements used?

2: Could an element let almost all lifeforms, even those that breathe in different things, breathe it in and work safely in an atmosphere? Could it also be produced by alien flora somehow?

3: Is Sodium (or salt) able to be an alternative energy source for alien plants that reside on a very dry planet? Could flora even grow on bare rock with no soil?

People have probably asked something like this before, but I kind of don't have the time to look through questions at the moment, and I wanted to get this answered soon. Thanks for taking the time to read this! Excuse any newbie-esque behaviors here or any cluelessness with science, I'm still pretty new.

I'll let others focus on plausible alternative bio-chemistry configurations, but I wanted to do my best to explain to you why our biochemistry works so well. The first thing you need to know is that bio-chemistry is all about energy release.

Let's start with the basic food that all living things need; carbohydrates. These are Carbon, Hydrogen and Oxygen. What do these three elements do? Well (and this is a bit of a simplification but functionally correct) the hydrogen provides energy, which the oxygen releases, and carbon allows our cells to combine molecules in many different configurations to either store or release energy.

Carbon based life forms are possible because Carbon is a relatively simple element that can connect to multiple different elements simultaneously to form complex molecules. Water is essential for life because it's an extremely stable molecule (H2O) which stores the two primary elements needed to generate energy. Water is (quite literally) rocket fuel stored in its lowest energy state.

Plants (and animals) get their energy by consuming the carbohydrates, mixing them with O2 so that they revert to their lower energy states (CO2 & H2O), keeping the released energy for themselves.

The important thing to note here is that ALL these chemical elements are relatively simple, and relatively common in the universe as a result. From a physics perspective, you have to remember that our current theories tell us that the only element that existed in the early universe was Hydrogen, which gets converted via fusion in the heart of stars into heavier elements. The heavier the element, the bigger the star required and therefore the more rare its going to be (again, a simplification but functionally accurate).

So, while things like silicon have been suggested as alternative bases for life, they're less likely because it's a heavier element than carbon. Again, this area I'll leave for people better qualified than I to explain.

Regarding your questions about flora, the answer is probably no. Plants on earth exist because they can use photosynthesis to generate the critical molecules for their own use, but they still need water to do that. Additionally, plants need soil (not just for water but) for the complex minerals that they extract from it. They also rely on many different microscopic bacterial functions occurring in the soil, without which they cannot grow themselves. Soil (as opposed to rock) can absorb water, see minerals shifted around inside through bacterial functions, and provide a medium in which roots can grow without having to split the rock to do so. Sodium Chloride (NaCl, also known as salt) isn't an alternative energy source to water; it's hydroscopic (meaning that it reacts with water and stores it) which is why salt can be useful to life.

With regards to plants making other chemical molecules required to breathe in non-carbon based life forms; this is possible but would still require an endothermic reaction. The reaction (like in plants) would have to produce an excess of the life giving molecules, which get released as a 'waste' gas.

Mind you, if that was the case, it's possible that some form of mobile life form (for now let's call it an animal) may also be capable of photosynthesis in some form, or geo-synthesis (using geothermal heat to generate the same effect) or some other form of energy capture.

Ultimately, I suspect that if we do find extra-terrestrial life out there it's likely to be carbon based purely because of the availability of the elements required (probability) and the simpler chemical reactions required to get it going (efficiency). Either way, don't get hung up on Earth based life and the distinctions we have between plants and animals. Any life form capable of storing energy in chemical form through an endothermic reaction could lead to a diverse ecosystem on its home planet.

1: Is alternative biochemistry possible? If so, what elements could work for it? Silicon? Ammonia? Boron? Methane? And how would life be different depending on the elements used?

This one is too broad. There is a lot written about it.

2: Could an element let almost all lifeforms, even those that breathe in different things, breathe it in and work safely in an atmosphere? Could it also be produced by alien flora somehow?

Perfluorocarbons would make a very inert, stable and interesting atmosphere. 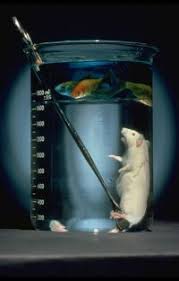 3a: Is Sodium (or salt) able to be an alternative energy source for alien plants that reside on a very dry planet? I think so and it is a cool idea. Hydration of a dry salt kicks out a lot of energy. If you hold a pile of sodium chloride in your hand and wet it gently you might feel the heat. With a different salt like calcium chloride or sodium borate you will definitely feel heat. An organism which could take up dry salt and hydrate it in a controlled manner could definitely use that for energy. The problem: you need water. But it is possible to make water metabolically.

3b: Could flora even grow on rock with no soil? How about this lichen? 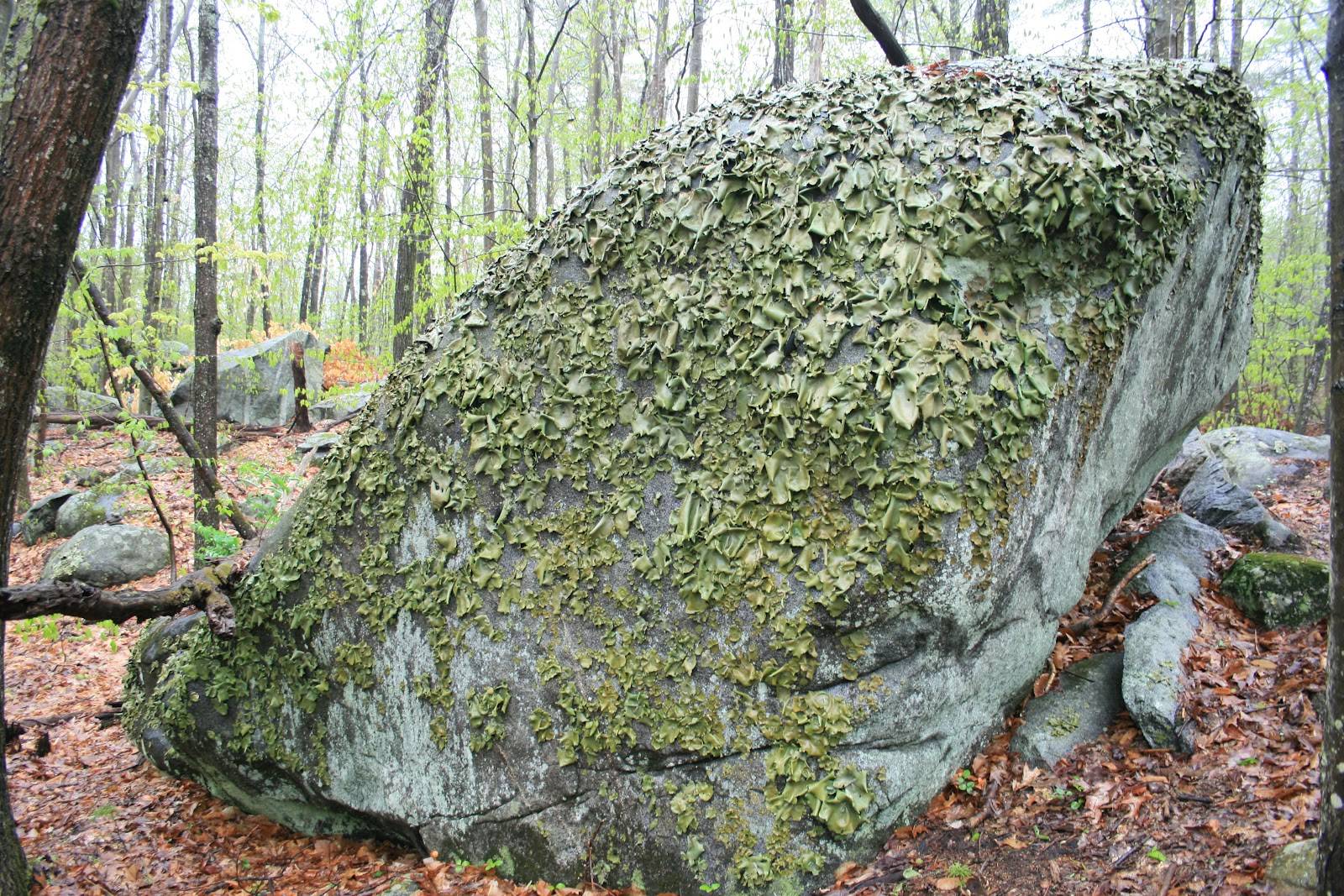 Primitive flora like lichen can grow on bare rocks. More complex plants rely on soil to provide important nutrients. There is hydroponics, which does not require soil, but that means that the nutrients should be supplied artificially.

So for this I'll do my best to answer your first two questions(don't know much about the other two) and hopefully it helps, so for different elemental bases your going to want an element with 4 valence electrons which just so happen to be Carbon, Silicon, Germanium, Tin, Lead, Unanquadium, Hoimium, and Einsteinium. Now unless your life has away of controlling or using nuclear decay the last three may not be for you and Germanium is two uncommon to likely be a base for life so your left with those 4. Also one important thing to consider when making aliens out if these different elements is what is the waste product, by that I mean when you mix carbon and oxygen you get carbon dioxide, but when you do the same with silicon and oxygen you get silicon dioxide, and silicon dioxide is sand, so either this life form lives at a higher temperature than earth or has a sand coming out his nose. Now if you want to keep the carbon and still have the life be exotic then you can go with methane based life which would need a chilly place to live to meet the three way point of methane, somewhere like Titan. But methane based life isn't just methane it's methane and Ethane mixed together and it would require an atmosphere of methane, nitrogen and hydrogen without any of that pesky oxygen getting in the way. Boron based life would require a very thin atmosphere and couldn't handle ours without blowing up faster than contraversial PewDiePie video, yeah It's very reactive. And no, no know element could let a bunch of these aliens share a workspace together, but you could handwave some invisible atmosphere suits
Here are some links that go into alien biochemistry into more detail

Not the answer you're looking for? Browse other questions tagged science-based science-fiction aliens chemistry biochemistry or ask your own question.

4
Ammonia planet- atmosphere
6
Boron based life- blood
8
What type of acid could burn through skin and any type of metal?
8
What could be used as an alternative to ATP in boron based biochemistry?
10
What metals other than calcium can be used to create alien bones that won't also engender a human-toxic environment?
7
How to make a microbe that can eat metal and breathe hydrogen?
5
Are dead tissues easier to preserve for extended period of time compared to living organisms?