Say in the later 1700s/early 1800s handwavium is discovered. It's a metal that when heated causes more way more upward lift than hot air or hydrogen/helium produces in similar volumes. Air travel (and thus warfare) becomes possible long before traditional planes are invented. And without the need for lots of gas to lift a small craft, airships become significantly smaller targets.

How does this affect air combat? What engineering challenges would go into building a viable craft with such a material? How might protecting the material factor in?

To sum it up into a single question:

So what do airships look like in this alternate history of handwavium?

If someone wants to do the math I'd say a handwavium bar the size of a water bottle could lift 1 ton.

From your description, this means that air warfare the way we understand it won't be invented at all. If a single bar of the material the size of a water bottle (let's be generous and say 1L) can lift a ton, then individual "flying packs" would have been possible: a backpack sized unit with a small heating element and reservoir of fuel would be sufficient to lift an individual with plenty of excess. The real issues initially would be how to control the lift (I am going to assume the amount of lift must be proportional to the temperature of the metal). So the unit has a control valve which can be accessed from the flyer's hand to raise and lower the temperature. 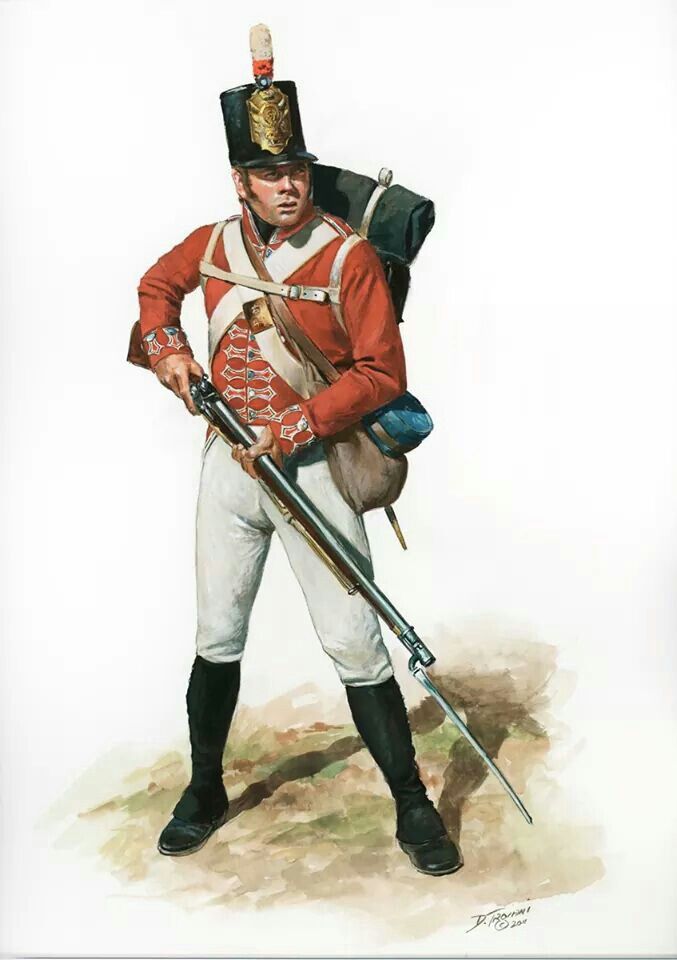 Quick, I need a match to start this backpack

Now as described, the metal simply provides lift so people will initially be used more or less as kites, otherwise they will be blown about by the wind, without very much control. A person acting as a kite can observe and signal to the troops below, providing intelligence, correcting artillery fire and possibly being used to throw grenades at enemies below.

Now this may seem rather counter-intuitive, but since this is obviously superior to balloons or ornithopters (the only known or considered means of flight prior to this point) yet entirely unlike either one, people will go for the easiest and most obvious applications at first.

Another way unobtanium will change things is in logistics. Heavily laden carts, artillery and limbers and other wheeled vehicles of the period were slow, hard riding and often churned up roads (or sank in the mud). Attaching an unobtanium lift unit to the cart or other wheeled vehicles allows them to float off the roads. With careful adjustments, they can float at low altitude (like a metre) so a horse team can still draw them without damaging the roadway. Care must be taken in windy conditions, but the fuel supply can be cut and cold water poured on the unobtanium to ground the cart, which then is pulled in the usual fashion until conditions are right for floating again.

So at least initially, unobtanium will not lead to air war or air transport.

As more experience is gained with the use of unobtanium, people may develop special suits to provide warmth and later pressurization to fly higher (and larger backpacks with more fuel). The idea of bombing the enemy may be extended so large carts or even specially designed rafts will be lofted, and crews can throw bombs, darts or even launch rocket projectiles. Guns will be out, since the recoil force will cause the platform to violently recoil. This may eventually be overcome by using the scaling properties of the unobtanium to build full fledged fortresses out of stone or concrete and metal and float them over important features or tow them into position as fire support platforms. Several hundred kilograms and a furnace in the middle of the structure provide lift. 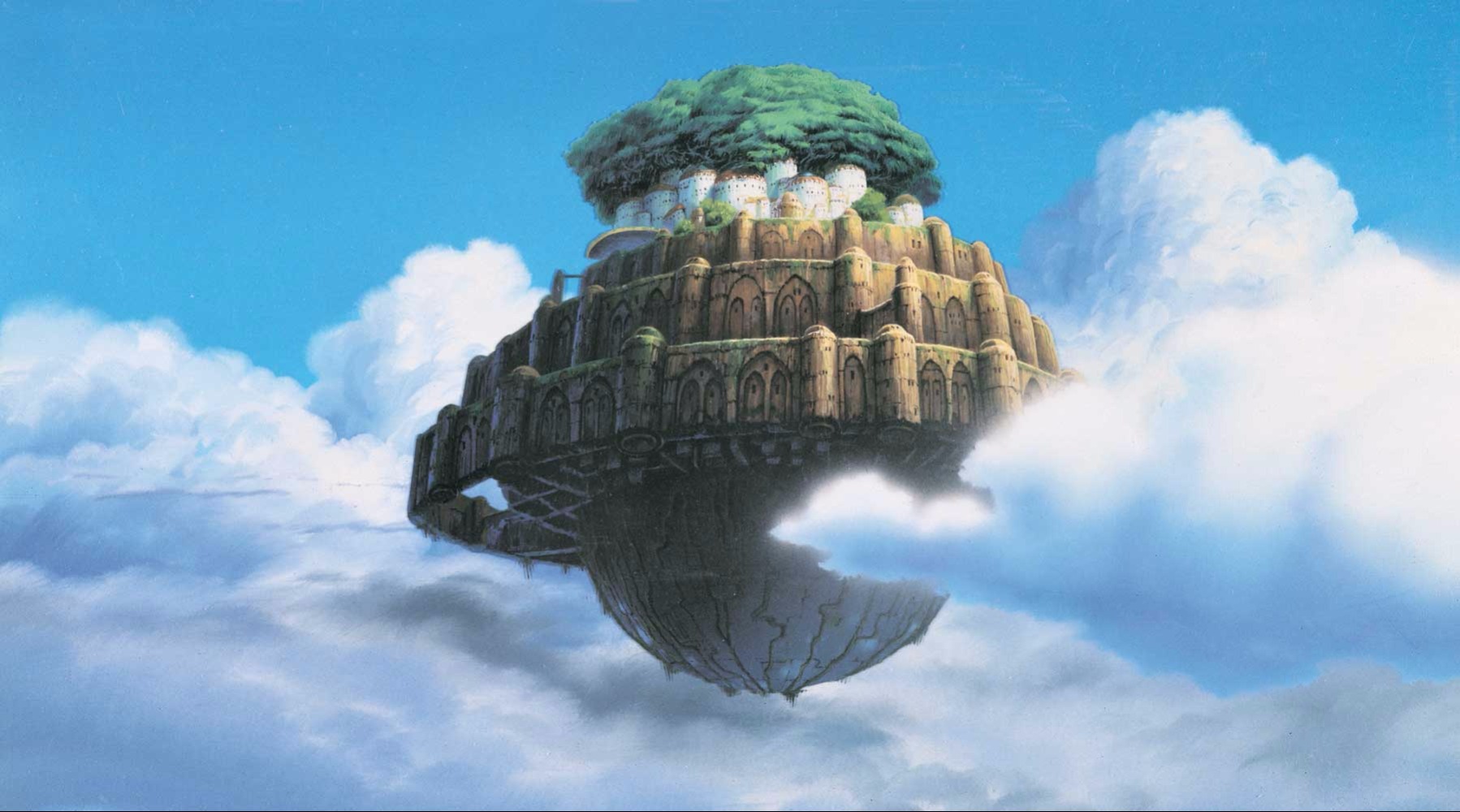 In an unintentional irony, the use of these platforms may lead to winged flight, since gliders or ornithopter-like flying machines can be safely raised high enough to be launched. Given the lack of compact and sufficiently powerful engines, gliding flight may all that can be accomplished for a long time. Air superiority will then consist of protecting floating platforms, or having gliders swoop down on columns of transport vehicles floating just off the surface of the roadway, with the pilot madly throwing bombs or releasing darts as he swoops by.

The issue is not lift.

The biggest issue is propulsion. Steam engines in the early 1800s were simply too weak, too heavy, and too unreliable to push a meaningful amount of cargo (or ordnance) through the sky. A century later, the diesel engines of WWI could barely push the equivalent of a planeload of bombs/cargo across the North Sea. The mighty and enormous Hindenburg carried a full transatlantic passenger load of...only 72.

The second big issue is metallurgy. We can ignore lightness due to the amazing handwavium. If that handwavium is generating 1 ton of lift per water bottle - then that's thousands of tons of force from each (much smaller) gasbag to be carried by the frame. But in 1800, you're stuck with iron or steel (of lousy/inconstant) quality, neither of which will last long against ten-ton or hundred-ton torsional and shear forces caused by the differential lift of the gasbags...and random wind loadings from every direction. Better steel became widely available in the late 1800s.

The third big issue is control. Airships are most vulnerable to the most sources of damage while near the ground - during landing, servicing, and takeoff. The ability to safely control the mass of the airship in this dangerous zone is one of the most important design criteria...right up there with lift.

It's certainly possible, since handwavium provides so much lift, to porcupine the ship with dozens of steam engines supported by thousands of tons of extra structural steel. However, all that mass will make the airship ponderous and difficult to control near the ground. Larger, more massive ships will be dangerous for ground crews to control, and will catastrophically crash more often.

Finally, a word about the generic problems of 1930's airships that are also appropriate: They were cumbersome and hard to safely land (ground crews of 50-100), even with powerful engines. They were shredded by fairly ordinary shears, squalls, and thunderstorms...which they carefully avoided using radioed forecasts based upon telegraphed standardized weather data from recording stations (all of which early 1800s lack). They navigated using stars, sextants, and landmarks (no GPS, no LORAN), and could easily drift 50 miles off course on a cloudy night or day, especially over ocean or wilderness.

The most probable answer I can come up with is that your handwavium would be used to counteract the weight of your airship, not provide excessive upwards thrust (you could always have some additional heat in reserve for emergencies, but generally you're just counteracting gravity).

Then, you apply the most common form of propulsion for large vehicles in that era; sails. This has already been explored on World Building and I won't rehearse what is said there, other than to say that your handwavium adds a new element to the puzzle. Because you don't have a massive balloon on your airship, sails become a real possibility because the lack of a balloon takes away a lot of the friction and wind resistance that would work against sails. It has (correctly) been pointed out to me that you can't tack in the sky because you can't use the water below you for traction, but like conventional balloons, you can use the handwavium to gently alter your altitude to prevailing winds, then use the sails to best effect in your chosen direction. Using the handwavium to avoid crashes also means that these airships in some respects are safer than other forms of air travel because balloons carry a big target that is critical to their flight whereas the loss of sails just means you have to cool your handwavium gently to land safely because you've lost propulsion.

Your sailors would have to be comfortable working at heights, but the old ships weren't called 'tall ships' for no reason so working in the sky isn't that much of a leap either.

The military aspect is a little different insofar as these ships are in the air so combat isn't as safe a place for them as ships of the line in old school naval combat, where the bulk of the ship floats anyway. But, the idea of a sailing airship is at least made plausible by your handwavium material.

At least early on, these airships will be constructed in a similar manner to ships for the simple reason that they would share many similarities and have to solve many of the same problems.

Removing the need for a gasbag means that what you've got is essentially a ship that floats in the air. Ships are already weatherproof and capable of resisting huge forces, and it's shipbuilders who will be called upon to build the new airships.

Furthermore, in the 1800s ships are the only large vehicles of any kind, and so the only thing around for airship builders to be influenced by. Form primarily follows function, but when function is taken care of it's heavily influenced by tradition.

They will differ from sea ships in many small ways, but even several years on from their invention they will still be recognisably based on them.

The (relative) necessity of using of steam power will also drive the development of large airships (as opposed to personal flying devices) because the size and weight of steam engines will require a more substantial aircraft to accommodate them.

Which means the "something" you've invented a 1940s airplane in the early 1800s. There's no other sensible way to use the vehicle. Or, better said, someone would quickly invent the "airplane" to take advantage of the potential maneuverability of the vehicle. The first time someone did that, all other uses would become obsolete.

My model for this conclusion is the development of ironclad ships during the U.S. Civil War. Several inventors figured out how to use heavy, crappy steel and steam engines to create armored ships. To paraphrase a famous documentarian: on the evening the Monitor and Merrimack opened fire, every other navy on earth was obsolete.

Not the answer you're looking for? Browse other questions tagged engineering airships industrial-age .

40
How could a sail powered airship work?

9
What is the earliest that a civilization could develop airships?
8
What would an age of sail flying ship look like?
23
What would make airships viable economically?
6
Using airships for air assaults
18
How to make the era of airships last longer?
3
Would Be Possible To Build A Small, Lightweight Boiler For Airships
6
How could an Earth-like planet support all-metal airships?
3
Could you build a depth charge in the early 1800s?