If life evolved on a planet with two suns, one emitting in the ultraviolet and one in the infrared, what light would that life evolve to see?

Let's say we have a binary star system, with a high mass star and a low mass, red dwarf star. High mass stars emit their light mainly in the ultraviolet while low mass stars emit mainly in the infrared. If a planet were orbiting the two stars and some happy aliens were living there, could the alien life evolve to see both ultraviolet and infrared light? Or are those wavelengths of light just too far apart on the light spectrum for eyes to evolve to see both?

It doesn't have to necessarily be a P type star system, it could maybe also be an S type star system with the planet orbiting just the red dwarf, but with the high mass star close by and shining on it. Something like this: 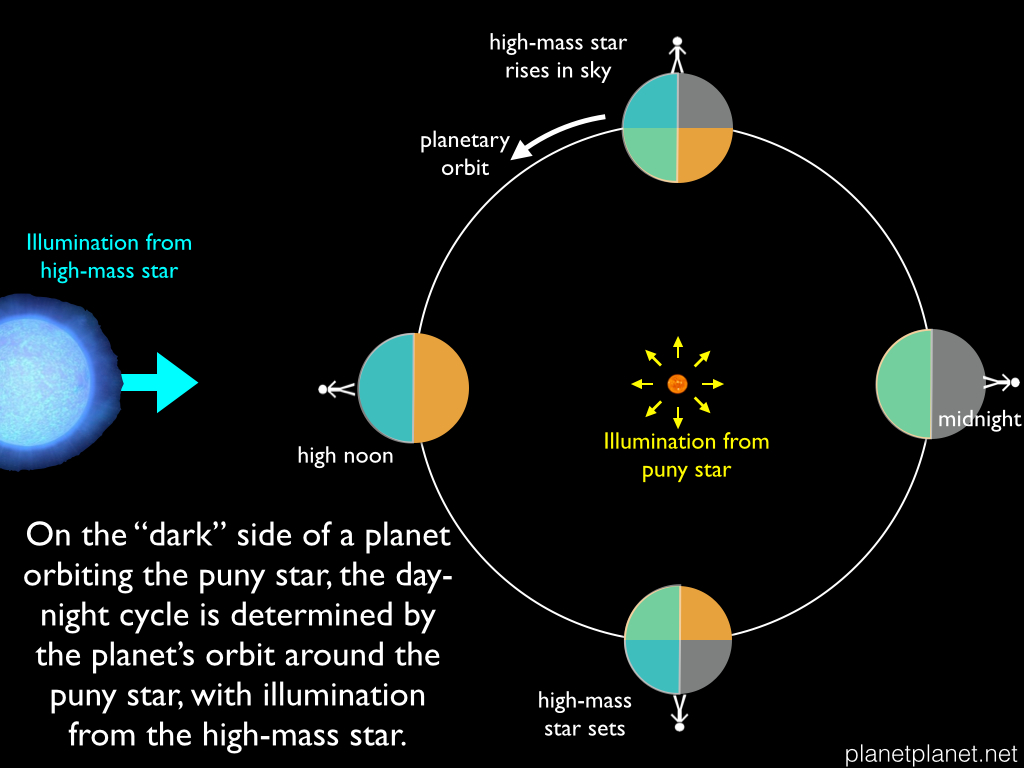 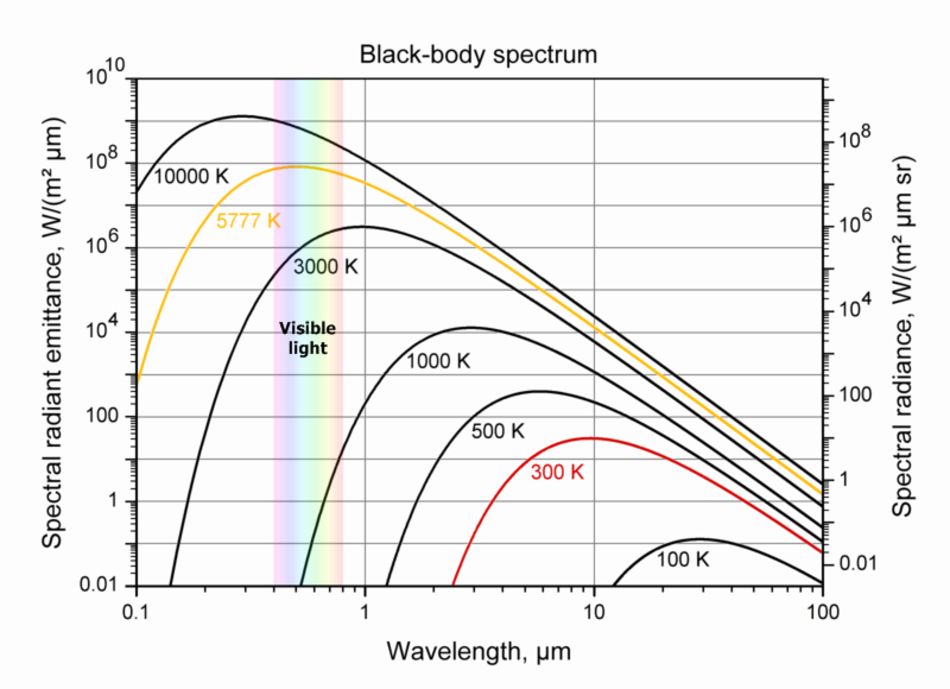 Stars are not lasers. Stars emit energy based on their surface temperature, in rough accordance with expected blackbody emissions from an object of that temperature. You can see on the graph above the emission magnitude (in log scale on the y-axis) for different wavelengths (x-axis). These wavelengths are a small pieces of the overall spectrum, but you can see how all stars emit at all frequencies.

Also note that the white and blue giant stars (in the 10000 K temperature range) emit more light at all wavelengths, often by orders of magnitude, than cooler F and G stars like our sun (with its surface temp of 5777 K).

In your example, a 'UV' star would in the 10000 K range, with lots of emitted energy in the 'UV' range as you can see on the graph. An 'IR' star would be cool M-type red dwarf like the 3000 K line, where peak radiance is in the IR range.

The important thing to note, is that if a planet received radiation from both stars, there would still be a great deal of visible light that the planet received. Both visible spectrum 'eyes' and photosynthesis would be viable on such a planet.

Its also important to note that the graph is on a log scale. There is no IR peak in combined magnitude; the hotter 10000 K star will be so much more powerful as to overwhelm the lesser star. There is no reason to specifically develop sensors for IR, since there will be more energy in the visible spectrum, and even more still in UV.

Overall, despite having two stars with different spectral peaks outside the visible range, you can still use the standard visible light range on your planet.

6
Would complex life evolve on this planet, and could humans survive on it without much outside help?
3
Could complex life evolve after planetary catastrophe in just 120 million years?
10
Would it be possible for an Earth-like planet to have multiple moons with diverse biomes capable of supporting life?
7
How could this flora/fauna symbiosis work?
15
Could an organism see in infrared light as well as normal light, using its brain to process what it sees into a single image?
6
Vision on Titan/Early Earth and the technicalities of a creature seeing in near infrared
6
Is it possible to create light emitting creatures using selective breeding?
9
What plant colours other than black could be available on a red dwarf planet?
15
How did aliens on a habitable planet hide themselves during the recon and scouting stage by human colonists?