As a continuation for my previous island I decided to work on it some more. I've got something I quite like, but once more I'm overwhelmed by the questions that arise.

This is my freshly created landmass: (2 cubes = 500km It's located on an Earth-sized planet, the picture describes a reversed "C" landmass that's surrounded by ocean.) 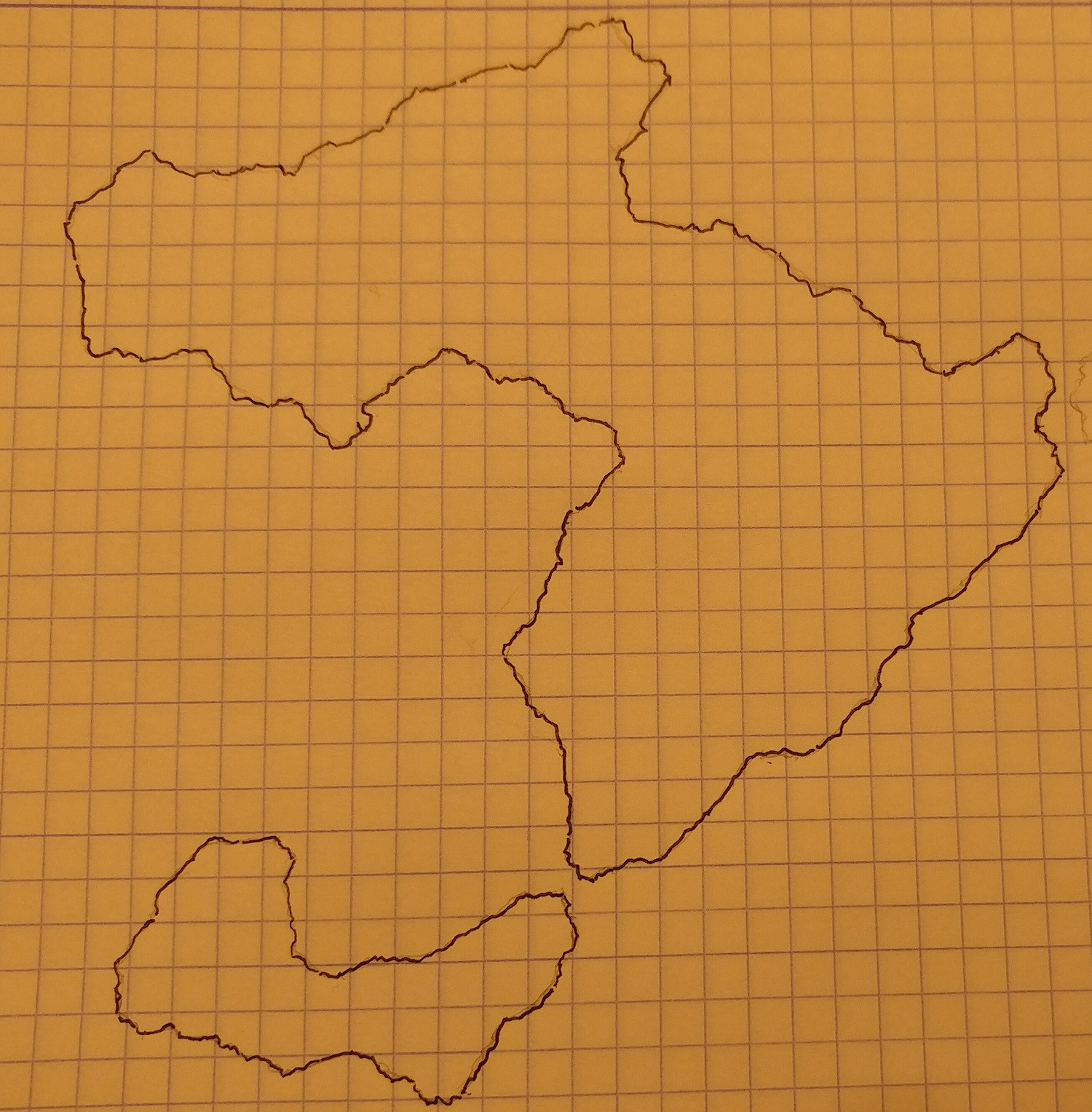 Some of the questions that I have:

**How Geologically realistic is this landmass? Is it possible for it to exist? **

I will definitely come back with more questions, but that's all I have for now, thanks!

Your continent is Africa

I propose that you model your continent after Africa, which is all formed on one tectonic plate. As you see from the elevation map, it isn't too far fetched to imagine with slightly higher sea levels that the upland areas of Morocco and Algeria in the far northwest could be separated into a smaller sub-continent off the coast.

Africa has plenty of tall mountain ranges, formed by the volcanic action of the Great Rift Valley. There are volcanic mountain ranges like the Tibetsi and Cameroon line. Most of southern Africa is a high, flat plateau; the center in Congo is a sunken basin, punctuated by a mighty scar where the basin's rainforest unleashed its waters on the Atlantic.

Look up stuff on Africa, and make your continent look like that.

Not the answer you're looking for? Browse other questions tagged reality-check geography geology or ask your own question.

1
Is this landmass somewhat realistic?

52
Creating a realistic world map - Landmass formation
54
What could make an area of land be accessible only at certain times of the year?
1
Is this landmass somewhat realistic?
48
How would you know your floating island was losing altitude?
5
How Would a Continental Landmass Sink?
1
(Semi) Believable way to quickly submerge a large landmass
5
Is it at all possible to have a populous, formerly colonial nation in the Indian Ocean?