Is it possible to create a bomb powerful enough to wipe out all life on the planet?

Would it be possible to create a bomb powerful enough to turn the entire planet into an inhospitable wasteland devoid of life, with technology available to us right now?

Would this bomb be able to evaporate away the oceans and destroy the ozone layer, effectively killing all life on earth?

Just to make it clear, the evil mastermind making this bomb is rich enough that money is not an issue and he has enough scientists and workers to manufacture this bomb, so would it be possible?

Calculating yields to weight can be looked at here

From there, the matter becomes "simple" (for some values of simple). You simply calculate the amount of energy needed to do something like stripping away a planet's atmosphere, then work backwards to determine the size of the bomb needed to generate that much energy. Since a fusion weapon of that size may be a bit impractical, you can also look up the "boom table" and see what sorts of other highly energetic events that could be employed:

Slamming a planet with a relativistic weapon (often referred as an RKKV [Relatavistic Kinetic Kill Vehicle]) is the usual SFnal way of doing things.

I'm going to approach this from a slightly different angle, while it may be possible to build a bomb big enough to do the damage required Murphy's answer suggests it would be very difficult to do so.

So what if instead you used smaller bombs strategically placed?
My initial thought was actually inspired by Doctor Who's Osterhagen Key which was supposed to destroy the whole planet with a series of carefully placed nukes, unfortunately DW is not known for it's scientific rigour so I'm not sure that is entirely possible.

What might work is to place some large nukes underground in the locations of super volcanoes around the world. Super volcano eruptions are thought to be connected to a number of Earth's biggest extinction events and according to this map (from this website):

There are 7 that we know of around the world. They don't really cover Europe, South America or Africa but the damage from 7 huge nuclear explosions and the subsequent tremendous volcanic activity should be enough to wipe out a significant percentage of life on Earth. 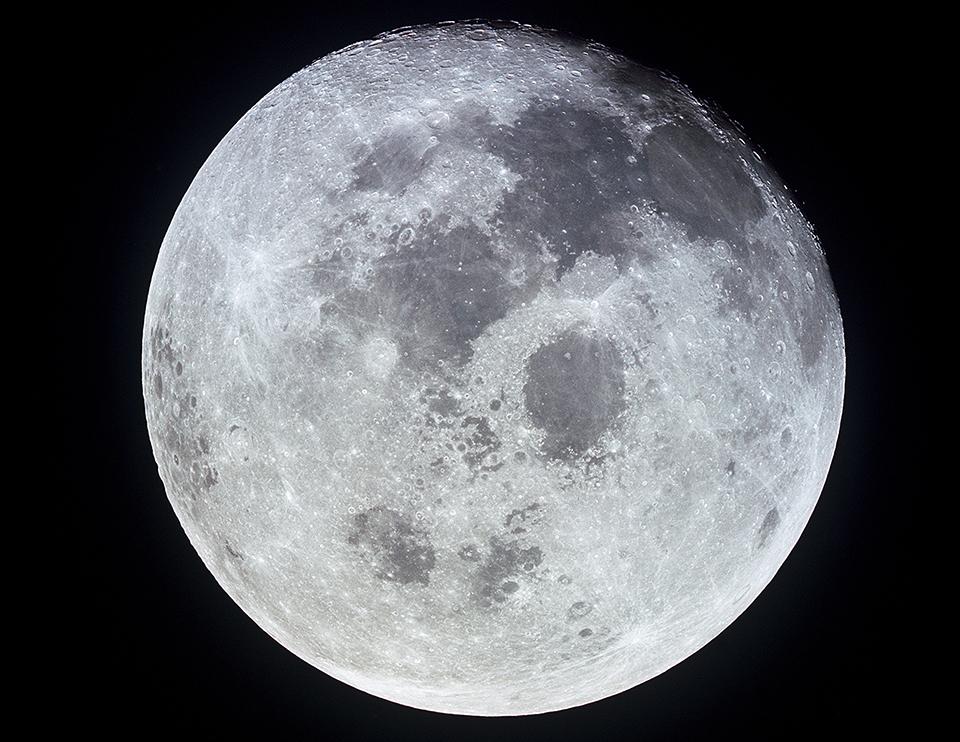 The good news is, this bomb is free! The bad news is you need about $1\times10^{28}$ J of energy to move it into a location where you can use it. The other good news is that this will definitely vaporize the Earth's oceans....and remove most of the crust too!

The largest nuclear weapon ever detonated was the Tsar Bomba. It was a fission-fusion-fission device which used layers to magnify the bombs power.

One implication of such a device is that you could scale such a device up further. There's some kind of a limit where above a certain size light from the first stage blows the later stages apart before they can actually ignite but nobody is quite sure exactly where that limit is.

It might be possible to build a bomb weighing many tens of thousands of tons with a yield in the range of of hundreds of gigatons.

Detonating such a device high in the air would be a bit pointless since the horizon sets a sort of limit: you end up just ejecting a chunk of the earths atmosphere within line of sight into space and a bigger bomb just means ejecting it faster.

but, for comparison the impact that wiped out the dinosaurs was on the order of 23,900 gigatons.

So a few hundred gigatons is definitely not enough to destroy all life on earth. And life is surprisingly durable, you'd need the kind of energy needed to liquefy much of the crust. Just for arguments sake lets guesstimate that you'd need something 100 times larger than the asteroid that killed the dinosaurs to kill every bug and critter on earth.

The Tsar bomba design appears to have a limit of about 4 megatons per ton yield, you need to add 1 ton to the bomb design per 4 megatons of bomb yield.

Traditional bombs won't do it.

However... When humanity built the Large Hadron Collider, there were fears that it could create either a small black hole, or a strangelet.

The only reason it didn't happen was due to scale. It would take 39 times more energy than the LHC can provide to actually create a stable, world destroying black hole. I don't know about strangelets, but I think a larger collider would do the trick.

Should it happen, our planet would not be destroyed in a big, flash boom. It would collapse unto itself. I don't know how long it would take between a black hole/strangelet generation and the planetary collapse. It probably would not be immediate. But suffice to say, the black hole/strangelet would grow exponentially quicker and quicker. In the latter's case it would grow through a chain reaction.

Since you are the author of the story, that collapse could take as long as you like. Want it to disappear in a pop? That's fine for a SciFi setting. Would the ground break like in 2012 (the movie)? Would be very belieavable.

Not the answer you're looking for? Browse other questions tagged weapon-mass-destruction or ask your own question.

75
The opposite to Worldbuilding: World Destruction
6
Could there exist a quantum virus which breaks someone's body down to fundamental particles?
6
Need method to eliminate all life on planet

2
How much antimatter would we need in order to wipe out all humans, eradicate all animals and blow up the Earth?
65
Is it possible to kill all life on Earth?
2
Feasibility of Warhammer 40k Weapons Part 2: Exterminatus