Conditions needed for a Fractured Moon

After seeing the film Oblivion I began wondering about what would happen if the Moon was fractured in such a way that large chunks of the Moon were ripped apart.

Would the chunks of Moon stay in orbit around the Earth, or would they drift off into space?

The film shows that the majority of them floating around by the rest of the Moon. But I'm not sure if this would actually happen, wouldn't the force of the original explosion drift these chunks far apart in a short span of time? I'm not sure if I'm right however.

But if this is the case, what conditions would I need to have a fractured Moon orbiting a planet?

Here is a frame from the film: 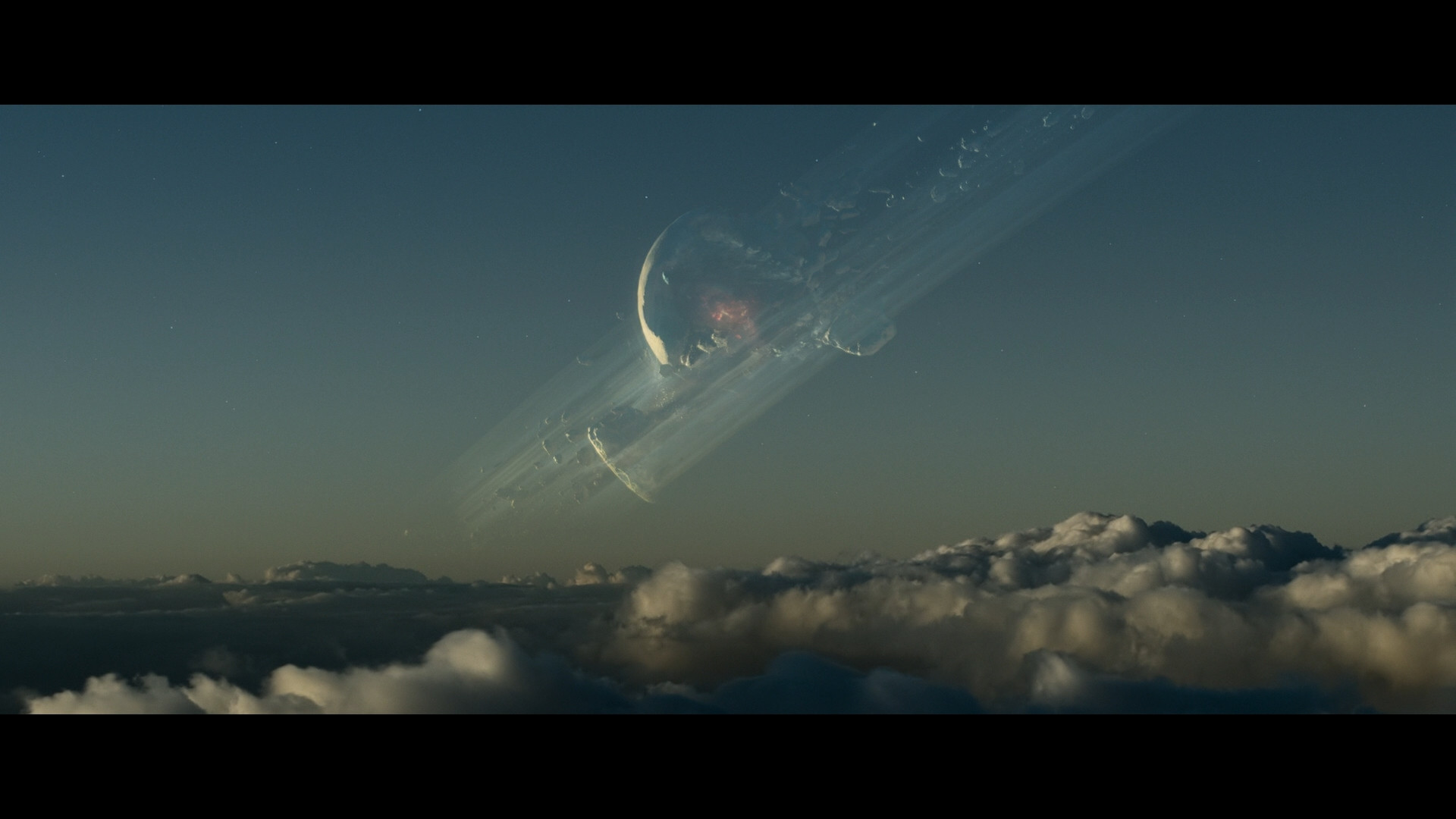 You've made one of the classic mistakes: You should never consider anything produced by Hollywood to be in any way a reflection on reality (other than whatever they put in front of an actual, not virtual, camera, and even then you have to be wary). As described in the movie, it has been some years since the moon was shattered.

Yes, it would be possible (with the application of a great deal of force) to shatter the moon in a manner similar to this such that this one frame would be valid. However, to do simply that would result in the pieces either spreading out across the solar system if the pieces were imparted sufficient velocity to escape the moon's gravity, otherwise they would collapse back into an effectively spherical volume again. This frame would only be valid a short time after the moon's shattering, and not after the time period that the movie implies has passed. In actuality, the chunks would variously hit the earth, form a ring around the earth, escape the earth/moon's gravity altogether, and anything that didn't escape would eventually re-coalesce.

A second possibility is that in the shattering of the moon, the moon's angular momentum was increased prior to its disassembly, so that the pieces are orbiting one-another, however, if I recall correctly, the image of the moon in the movie is more-or-less static. However, some of the pieces depicted are very large, they should already be re-forming themselves into smaller spheres. At this scale, under even the moon's lower gravity, solid matter will behave as if it was fluid.

To actually have a fractured moon orbiting your planet like this, without collapsing, you'd need a huge, pretty implausible (unless you're in a very high-tech sci-fi environment) anti-gravity unit at the centre, keeping everything where it is in a very delicate balance of forces.

For this picture to be valid in isolation, the timeframe we're talking about would be less than an hour, and probably a matter of minutes. However, in the context of the movie, it is not valid at all.

I've not seen the film, but the concept is essentially right.

Even though the moon has been shattered the fragments are all still there and have gravity still, the biggest chunks are going to start pulling each other back together and reforming into a spherical shape.

Depending on how much energy they have smaller fragments are either going to do some mixture of:

The novel SevenEves is based on this premise. Some unknown alien agency shatters the moon, but does so in way that leaves the 7 large chunks slowly drifting apart. (Several days later they are still in a cluster)

My expectation was that this wasn't a big deal: The chunks would collapse back together and form a moon again. Stephanson has them orbiting in orbits that are very close, grinding and bumping and reducing each other to smaller rocks.

In a cloud of gravitational interacting objects however, there is a variation of the equi-partion principle happening, and after a bunch of interactions, all the objects have the same kinetic energy. Which means that small rocks are moving faster than large rocks. The small rocks 'boil' off the cluster, but roughly half are captured by the earth's gravitational field and come burning in as meteors.

Stephanson has the sky turn white hot from all the re-entries, cooking the surface, boiling the oceans causing an extinction event. The bombardment starts roughly 2 years after the event, and continues for thousands of years.

I remain unconvinced. If this were the case, trojan points in orbits wouldn't act like junk collectors. Of course even the Jovian trojan point collections are pretty thin. While ejection from an orbital cloud occurs, I suspect that the rate is far slower than SevenEves projects.

Chunks mutually orbiting each other aren't stable. The paths are chaotic. Sometimes one will be ejected. Sometimes a nearby rock will be captured. If there is lots of space, not much happens.

Not the answer you're looking for? Browse other questions tagged science-based space moons explosions or ask your own question.

15
What would happen to Earth if the Moon was destroyed?
4
Would a sun-blocking asteriod field be created if something big was to smash into the moon?

3
What would happen to the moon if the Earth was captured by Jupiter?
11
Effects on the Earth if the moon was at 1/10th current distance?
2
Conditions for human life in a Jupiter-like system
7
Is it possible for a planetary ring to exist beyond a planet's Rochelimit?
4
Would a sun-blocking asteriod field be created if something big was to smash into the moon?
2
What happens if a small moon is held within a planet's Roche Limit?
4
What would happen to the moon if Earth shattered?
4
What would a scientific accurate exploding Krypton look like/be like for anyone standing on the planet?
3
Damarian's Parameters: What are they?