Can a modified “grappling hook” be used to pull a human into melee range?

The design of this grappling hook is to fire hooks at a target at a max distance of 8 meters (~26 feet), a human for ease of calculation, pull the human to about 1 meter (~3 feet) to the person who is wielding the hook. Then the hooks can be quickly removed (under two seconds) from the human even if the human is struggling against the wielder.

Note the hooks are designed specifically for this purpose. A couple of question of the design:

For now we will not consider the effects of the firing force on the wielder's arm, or whether the wielder could pull the human that close. We are also not concerned about practicality. Potentially lethal force is fine, but not preferred.

You may want to investigate in some non-aggressive alternative to harpoons.

Depending on the technological level of your world (you mentioned Kevlar, so I assume we're not in a Medieval setting) a nice alternative could be synthetic Setae that have a large adhesive force on almost all solid surfaces (Teflon being one of the few exceptions); this adhesive force can be "switched off" almost instantly by varying the incidence of the nanostructures making up the adhesive surface.

As for your questions:

If you're looking for this: 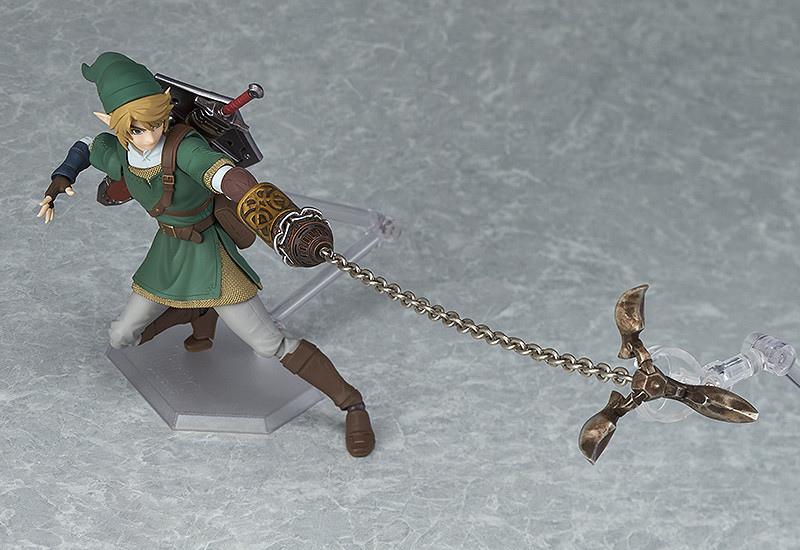 Then your answer is No, that's not possible.

But if you're just trying to see if you can pull a human into melee range using a hook... Of course you can! With enough power, you can do anything!

Let's take a look at the physics... The average weight of a human is 62kg (137lb). Given that you said melee range, I'm gonna assume that they're and they are wearing armor. We'll round them to 80kg. Now, we can start at the end. Assuming they have an embedded hook in them... Could you reel them in? Math time! We can see that, by their mass, their normal force is $9.81\frac{m}{s^2}*80kg= 784.8N$. Given a coefficient of friction of .4 (I totally fudged that number, but it's within acceptable ranges), you'd need 314N of force to pull your attacker to you on level ground. Given that you're pulling them 7 meters (As stated above) the energy you'd expend is 2198J, or about a half a food calorie. That's okay, it's small, in fact. XKCD has a delightful article on tug-of-war and related things here, which is what this ends up being. You've gotta pull with more force than your opponent AND not move, yourself.

Now, let's analyze the firing mechanism. We know that the claw mechanism needs to be able to withstand up to 1000N of force(314N *2 + some rounding to account for heavier opponents.) If we assume a relatively small 'tug' area of $15cm^2$, then we can see the pressure on the 'wound site' is 66Pa. It'll hurt, but it probably won't rip out. You could use a hook mechanism like that of a harpoon for the engage/disengage mechanism.

So... Why couldn't you just go ahead and use a harpoon?

Having read two whole scenes from Moby Dick, I recall that the harpoon was mainly used to keep ahold of the whale and to bleed it out until it died. Even though whales are much bigger than humans,Citation needed the forces at work are similar. The XKCD article I linked earlier says that the average pull force of 'elite tug-of-war players' is around 1000N (Well...actually it uses kilogram-force, but I converted it.) In other words... No matter what kind of device you're using, it's gonna be at the limit of your capability to pull your opponent to you.

Moving on to kevlar...

Kevlar vests are designed to stop bullets. A quick google says that the average force of a bullet is 304 N. Kevlar is stronger. Furthermore, any hook you might use would have a bigger cross section than a bullet. Ergo, kevlar beats harpoon.

Yes; your modified grappling hook is basically a harpoon gun with a detachable tip for ease of removal.

To answer your sub questions:

1) Depends on the size of the harpoon

2) Yes. With regards to kevlar armor though, depends where you hit and the power of your harpoon gun.

Have you ever tried to drag someone, or push him?

When you do that you notice something: it requires a lot of strength to even move him from a step, it's easier to lift him: look at nearly all riot police arrestation. They prefer to lift the guy than to drag or push him, because they don't need as much strength to proceed and he can't do much to resist.

And what you are requiring is a weapon that you could carry and use it to drag somone for over 7 meter? Even if you are way stronger than your opponent it would be a very long and hard task.

And, even if that work, what could be the purpose of such a thing? Riot police are way more effective as they are possible with today's technology. With that range there is a high chance that some people will try to pull the chain to make you release your grip.

There are so many flaws in the concept itself that there is no way it would work.

7
Can a genetically modified human breathe something other than Earth's oxygen/nitrogen atmosphere?
14
Is a four armed arboreal reptile as described viable?
6
Can electronic warfare be used to bring space combat into visual range and protect fighters/bombers?
5
What sort of claws would be best utilized for melee combat and quickly scaling the walls of a modern day building?
0
Can E=MC2 be used when thinking about human strength
1
Can human remains be turned into crude oil?
11
What metals other than calcium can be used to create alien bones that won't also engender a human-toxic environment?