Is this landmass somewhat realistic? 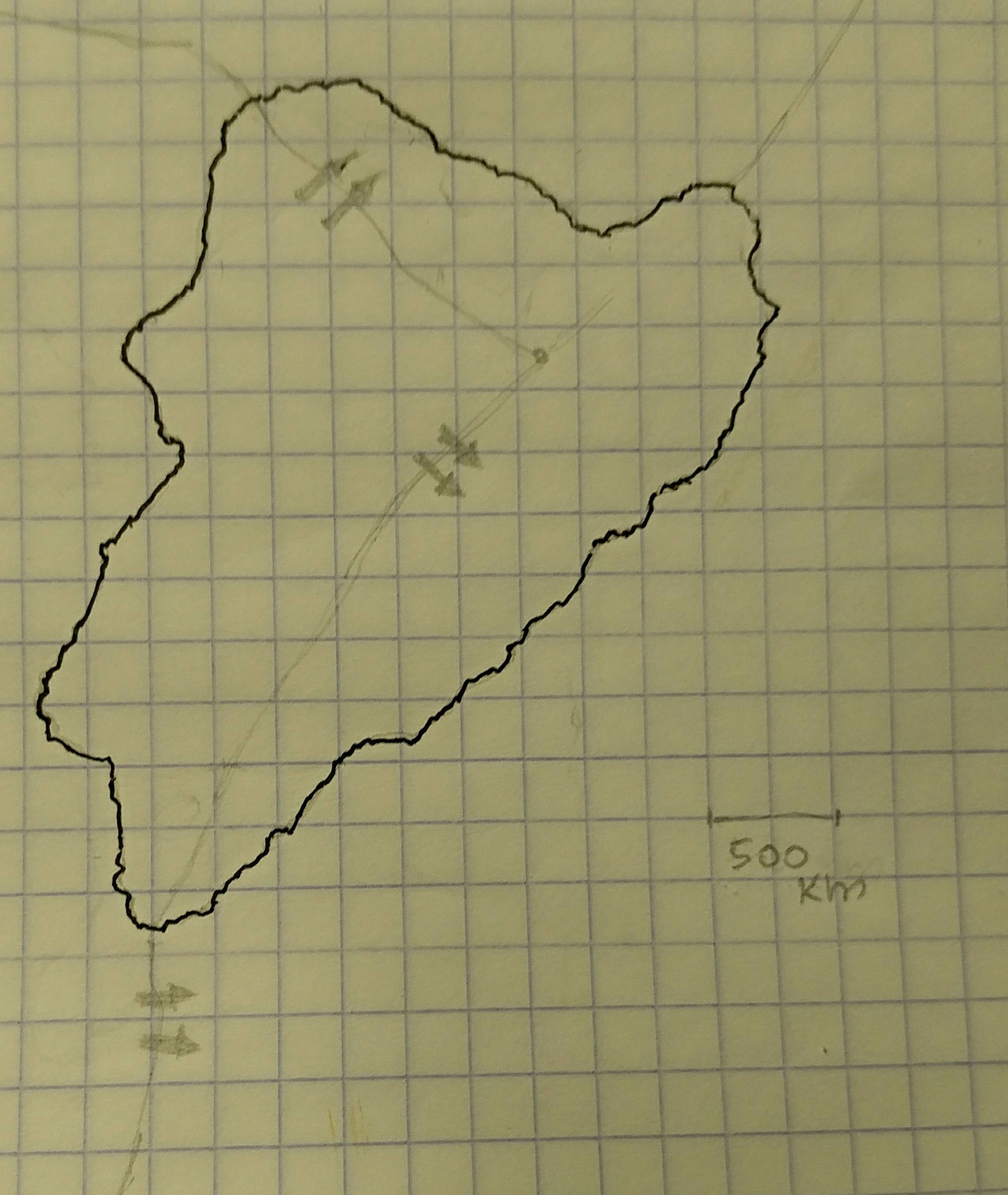 Hello everyone, I finally forced myself to sit and draw a landmass.

Is pic-related a somewhat realistic representation of a landmass? The dot is a meeting point of 3 tectonic plates (the less visible lines), the movement of these can be seen from the arrows drawn. There are 2 obvious mountain ranges I can see there, I plan a large Everest tier mountain for the meeting point (Is it even possible? How high can it get?) Any recommendations as to what to improve? Where did I miss?

(As far as gravity and planet size goes, it's all earth-like) (Sorry if I'm not really definitive I just have so many questions..)

No, it's not realistic, but some small changes would fix that. The shape is fine, but the tectonic activity you've noted is impossible: your leftmost plate is moving in two directions 90 degrees apart, NE and SE assuming north is up. While it's true large plates don't really move in one linear direction, doing more of a rotation, you've indicated these opposing directions just 1,000 km apart.

A quick fix would be to have the topmost plate moving southwest (flip the arrows, basically). This would produce a mountain range roughly parallel to that line, SW of it.

Another problem is the distance from the fault lines. The highest peaks of the Rockies – the product of multiple plates subducting – are about 1,000 km from the plate boundary, while Mt Everest is almost directly above its boundary, but it is the product of two continental plates. Without knowing what your plates are it's hard to say where mountain ranges would form, because their behaviours are different.

You could have a very large plate to the right, where the mountains would rise. At the same time the plates on the left would subduct beneath it, pushing it further upwards. This is, more or less, what is happening in Earth's Himalayas. Such a scenario is realistic indeed - it's real.

But the Himalayas are at the boundaries between two huge plates and there's a continent's worth of landmass around, while you have a much smaller island.

To achieve this, you could simply have lots more water in this world - think Earth with a sea level some 1500 meters higher than real:

The Himalayan region's shape does not look very promising, but in South America the Aconcagua would be some 5500 meters above sea level in this scenario (the Everest would reach 6300; higher, but not all that higher), and the shape is much closer.

Having more water on an Earth-like planet is absolutely possible. Here only about 8% of the surface is land (although I've removed Greenland and both Poles in the map).