The horizon, concave vs convex

How would a horizon inside of a ring or a toroid look like?

As if a planet's surface was concave, instead of convex, how far away would the horizon appear? Im trying to get a handle on what the inside of a ring, or a toroid would look like.

How far the horizon appears does not depend solely on the shape of the planet you are on. It also depends on its size. If you are also considering shapes that are not spherical nor spheroids, then the actual shape also matters.

For a ring world, there is a question about the visibility among inner points of the ring. It also applies to a hollow world:

Visibility in a ringworld atmosphere?

For a toroidal world, the distance to the horizon would be pretty much like that on Earth... Just consider the radius of the cross-section of the ring to be like the radius of a planet, and then calculate accordingly. The usual formula is, according to Wikipedia:

Where d is the distance to the horizon, R is the planet (or torus cross-section) radius and h is the height of the observer above the mean altitude, which happens to be sea level on Earth. For other planets, specially dry ones, consider this (taken from the link):

On other planets that lack a liquid ocean, planetologists can calculate a "mean altitude" by averaging the heights of all points on the surface. This altitude, sometimes referred to as a "sea level", serves equivalently as a reference for the height of planetary features.

I don't horizon is applicable. If you are on the inside (concave surface) then either you can see the entire interior for small structures, or your visual distances limited by the transparency of the atmosphere. 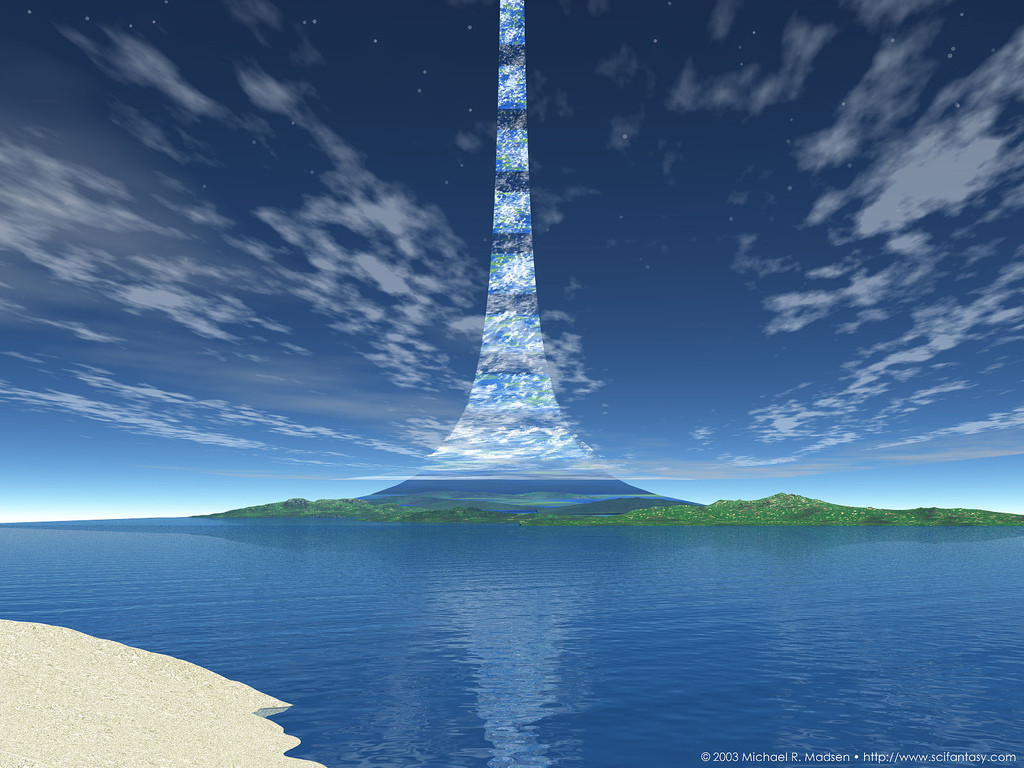 Niven's Ringworld had a thin atmosphere, which allowed you to see the rest of the ring once you were far enough away. The illustration isn't right, as you wouldn't be able to see the start of the curve.

Locally you would see just the surface vanishing into the haze, then "The Arch of Heaven going from one side of the sky to the other.

Ringworld had thousand mile high mountains on either edge. Once you were far enough from the rim that the slant path through the bottom half of the atmosphere (18,000 feet on earth) was more than about 50 miles, the mountains would be invisible. Call it somewhere between 100 and 300 miles depending on the transparency.

This does NOT address a torus. This is the inside of a ring.

If you were on the inside of a torus you have a different set of circumstances: 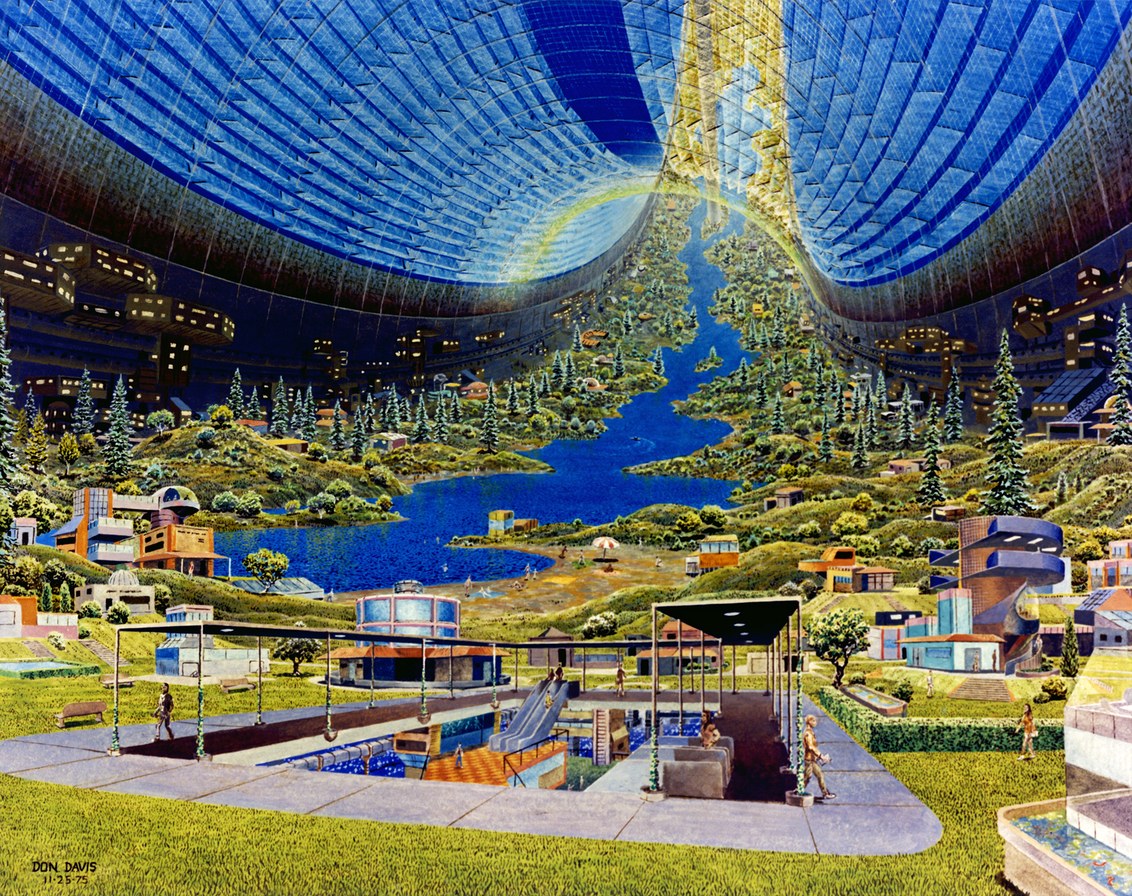 If it's not spun, then the you can stand on the inner surface of the 'donut hole' In this case you would have a conventional horizon dipping down in two directions, and side walls on the other two directions.

Not the answer you're looking for? Browse other questions tagged space-colonization space-constructs or ask your own question.

1
Atmosphere density and visibility range
6
Visibility in a ringworld atmosphere?

9
Designing cities inside a hollowed-out asteroids
27
What is a Dyson Sphere around a planet called?
6
Visibility in a ringworld atmosphere?
4
Creating a viable/stable Alderson disk
6
What sort of forces can be expected in the sudden stop of a rotating space station ring?
4
How far would reflected light penetrate into the interior of a McKendree cylinder from windows at each end
4
Will be possible in the far future to use megascale engineering to create a ringworld around Earth?
5
Will be possible in the far future to create an artificial Moon for Earth and terraformed planets?
2
How would I calculate the size and angle of this space station ring?
9
Is this station design likely to cause balance or vertigo issues?