Economic and cultural landscape in a (Secretly) post-scarcity world?

So in the tabletop role-play game I'm working on, rodents (squirrels, mice, rats, etc.) occupy a mall, strangely uninhabited by humans. Humans blew themselves up a long time ago, shortly after they discovered automation that rendered them post-scarcity adjacent.

Basically, the players live in a mall that stocks itself, in a pseudo-feudal society. The guinea pigs are the ruling class claiming to be the hand of the gods; they control the means by which the mall gets its goods, and to keep the populace at large in check, they uphold a conspiracy that they themselves are the means of production. They also are the clergy and government officials, to keep the trucks a secret.

Given that stuff shows up every day, delivered in trucks, already processed into usable materials, what exactly would my subtly oppressive ruling class give everyone else to do?

Jobs that are still known to be necessary:

What else would everyone do? What sort of society would this create, and what would this do to the culture?

Assuming the automation was stupid and continually making items and delivering them (supply push) regardless of need, then eventually the stores will be overflowing with items spilling from the shelves, filling the loading docks and every available access space.

Presumably, the inhabitants of the mall are not going to be daft enough to not notice that stuff continues to arrive continually regardless of anyone's wants or needs, which will make maintaining any sort of control mechanism through politics or a priesthood rather irrelevant. The inhabitants will be demanding that the constant inflow of goods stop, rather than wishing for a never-ending flow of whatever was included in the last orders.

If there is some sort of social and political order, then the need would be to maintain some sort of equilibrium inside the environment of the mall. Unwanted or unneeded deliveries and the trash and detritus of day to day living will need to be collected and placed in the recycle bins, which are presumably being collected by the same robots which deliver the goods, and this is shipped back to the factories to be turned back into the next generation of goods and services..... 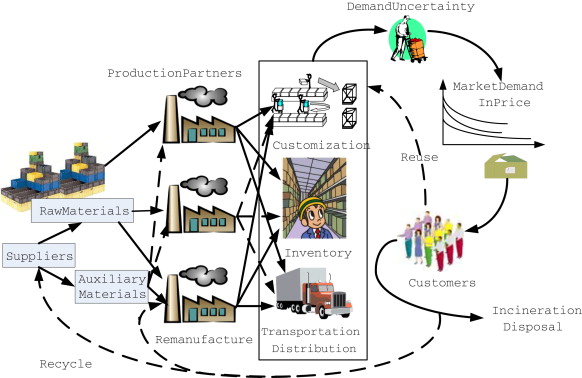 Guess what the squirrels are doing in this diagram....

It's important to differentiate economics and politics for this question. Let's start with the economics.

Economics is the study of production. In human civilisation at least, everything takes some effort to produce. Sure, that effort may be as 'simple' as planting some seeds, watering and waiting, but someone still has to do that (and this is why we call farming a primary industry). What that means is that everything we produce in the form of goods (like food) and services (like banking) comes with a price because there is a finite supply AND a finite demand, the ratio of which drives the price.

In GuineaWorld, some of the supplies that arrive are going to meet or exceed demand, and some aren't. There are also going to be some finite resources that must be maintained, like the mall itself. Buildings require regular maintenance to stay standing and eventually the Mall will fail structurally if such work is not undertaken. In this, we see 3 types of goods in this economy (infinite, finite and irreplaceable) and there are also services that will need to be provided.

The infinite resources (those delivered that meet or exceed demand) are effectively free. No effort is expended to generate them, and there's no reason to hoard them or even store them.

Finite resources (those for which there is more demand than what is supplied by the trucks) will have a price, as there is some competition for them. That means you need money, but given that services like maintenance need to be provided, some inhabitants will work and therefore have money for the items in higher demand. These become controlled resources in effect, and will be traded between inhabitants meaning that there are also jobs for things like security in this world.

Irreplaceable resources (like the Mall itself) represent an asset that if lost, would cause the complete collapse of your society. In our world, this would be the equivalent of salt contamination in farm lands, or extreme climate change. In previous times, human civilisations have either fallen or migrated due to massive and sustained droughts, for instance.

In this case, your Guinea Pigs will need to ensure that maintenance of the mall takes place. In so doing, they are effectively creating their own version of an Environmental Protection Agency (EPA) to preserve the longevity of their society.

It's not necessary for the Guinea Pigs to run an authoritarian regime to protect this secret and if the vast majority of goods fall into the Infinite category, the effort may well not be worth the benefit. Ultimately, power struggles, wars, and the like are about controlling resources.

That said, if most of the resources are infinite, then your society is almost completely a leisured class, meaning that work is almost unnecessary. Anarchy can work as a political model if no-one's missing out in any way. The trouble with that is that the Guinea Pigs realise that the one irreplaceable asset (the mall itself) still needs maintenance, so some work still has to be done.

They don't want to do it, so they set up their government and religion to hide where the goods are coming from because that way, they can take credit for it. If their 'function' is to provide the goods, then they've done their bit and the rest of the society can contribute by doing the maintenance work. On balance it would look like a fair trade to non Guinea Pigs, who don't know that the Guinea Pigs aren't doing a thing; they're just letting the goods enter the economy.

The problem with basing an authoritarian regime on a secret is that when an entire class (or in this case species) knows the secret, it's going to come out eventually. The reason why terrorist groups operate in cells is because they know this fact. If 4 people know a secret, the chances of it coming out are roughly 50%. That means you keep your organisation separate from itself, organising yourself into small groups, where only a single member of each cell knows a single member of another cell.

All it would take is one disenfranchised Guinea Pig to let the cat out of the bag, so to speak. Sure, you can put in serious penalties for such treason, but once it's done you can't unring the bell.

The Guinea Pigs would be FAR better served allowing a contributory government model to form (those who work the hardest in maintaining the mall and performing other services get commensurate government positions) while they maintain a religion that pontificates about the source of the mysterious goods and setting themselves up as intermediaries between the populace and the 'Providers' as defined by the dogma they write. That way, they actually have to do LESS work than they would trying to maintain that authoritarian regime.

Of course, that leaves them open if the trucks stop coming one day because no one on the other end is maintaining the production facility. 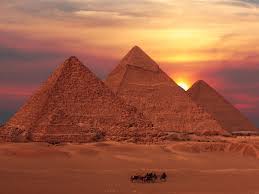 Large scale construction endeavors can consume the time and energies of a populace. These might be for good reasons, like the Great Wall of China. Or to glorify a ruler / promote social adhesion like the pyramids, or the great cathedrals of Europe. 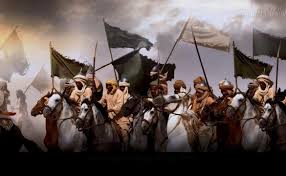 War has been an outlet for surplus energy and surplus (male) population for all of human history. I was reading about the early Arab conquests: here the inheritors of Islam had a newly unified group of a culture in which raids and acts of valor were the main ways to get status - except now the arabs were prohibited from fighting each other like they had always done. Solution: fight other people! A cool thing about this tack is that in the fighting (and conquering) the victorious Arabs saw a lot of the world that they had not known about before, and the knowledge changed them.

In the case of politics, the phrase (bread and circus) is used to describe the generation of public approval, not through exemplary or excellent public service or public policy, but through diversion; distraction; or the mere satisfaction of the immediate, shallow requirements of a populace,1 as an offered "palliative".

Professional sports was the Roman answer to this. Television is the American answer. There could be other circus-like diversions in this story.

If this is a post-scarcity world, there is no need to repair discardable commodities such as beds (shoes). Just dispose of the old and grab some new ones. Infrastructure will still need maintenance, though.

Look at our society today. Automation is already so advanced and ubiquitous that even though only a small minority of people work in the assembly of cell phones and cars, we have an extreme surplus of those things.

Basically our world nowadays, but with a lot fewer jobs related to growing crops and building mass-manufactures goods. Any job related to making tangible goods will be related to assembly.

As to how to make sure that guinea pigs rule the mall, get some inspiration by looking at some dictatorships and/or populist democracies from last century. Also get some ideas from George Orwell's book Animal Farm. You could, for example, make it so that all politicians and (high) priests are guinea pigs.

Finally - since you have multiple sentient species with a variety of shapes and abilities, probably a lot of jobs will be segregated by species, mostly because some species will excel at some tasks. But this does not have to be an unbreakable paradigm - watch Zootopia for ideas on that.

There would be a need for pest control. Although I think if it were a contest between rodents and cockroaches, the cockroaches would eventually overtake the mall.

Not the answer you're looking for? Browse other questions tagged society economy secret-society .