How to make glowing rain/mist?

So I've been playing Xenoblade Chronicles 2 and one of the effects that is used through the game (and the series really) is that ether (the game's version of mana) can often be seen floating in the air like a kind of glowing rain / mist.

Unfortunately it's an effect that's difficult to see in screenshots and I can't find a good one of what I mean, this is the best I could find (from the original game); 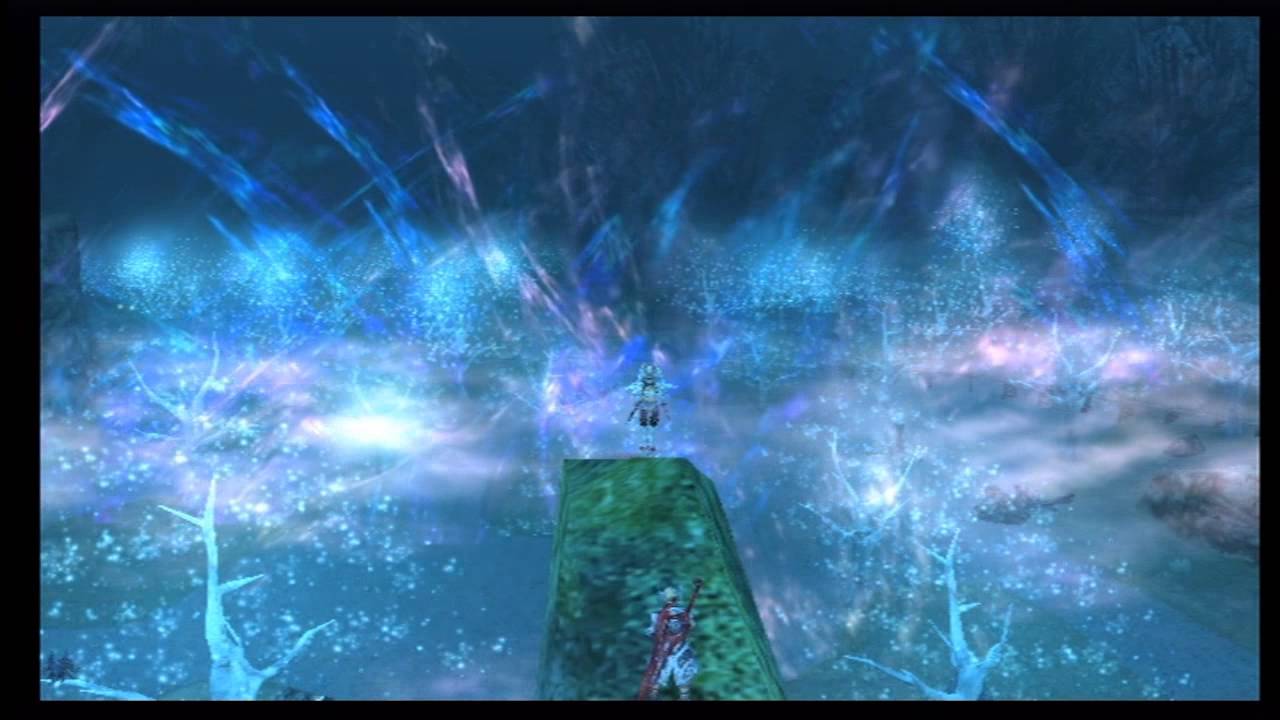 But as for the actual question; is it possible to have a relatively scientific reason for such a phenomenon?

What I want is;

So is it possible, and how?

Biolumiscent algae or bacteria in the air can respond to moisture by lighting up. While I am not aware of any real airborne organisms that meet the criterion, the biochemistry is well understood and employed by aquatic micro organisms and macro organisms from all kingdoms and environments.

The aurora borealis is similar to what you are talking about, in terms of visibility. The fact that it happens in the upper atmosphere on this planet is merely a minor inconvenience here.

At the bottom of the page in the See Also section, you may find links to something that happens lower in the atmosphere.

Also, since the aurora comes from solar winds, you can have a similar effect from neutrinos passing through the atmosphere (or the planet), since that happens constantly. You would just need something to occasionally react with them.

3
Weather Patterns in a Pocket Dimension
8
Effects of gravity upon weather?
12
How to make it rain men properly?
4
Snow on a low-gravity, high-pressure world
12
Hurricane-force winds or gentle breezes in an O'Neill Cylinder?
2
How to Stop All the Wind on Earth
6
Could ocean and wind currents form on a tidally heated body
5
How would I make it rain as hard as possible