Maximum size of a pre-industrial city without domesticated fauna

In a previous question I asked what the impact of lack of above-ground fauna would be on an industrialized society, such as with a tech level of 1940s-1950s. While it largely wouldn't impact such a society, it might cause significant issues for pre-industrial societies.

In order to determine just what the "Starting Tech" level for this world is, I want to explore some of the issues with a lack of fauna. The first of these issues is Lack of work animals and how it affects city size.

The current assumptions are they have access to decent wood or wood substitutes, can build ships, and are pretty much entirely coastal or along rivers since water is the easiest form of shipping. So things can be moved with large and small vessels, but farms by their very nature aren't going to be small.

Humans are the only significant power source for moving things across land. With this in mind, How large can a pre-Industrial city be with a technology level of roughly 1500-1600s? You can take a bit of leeway with the technology level - The population did come from the stars and was able to recreate some historic technologies.

Based on the fact that Tenochtitlan, the capital of the Aztec Empire, is estimated to have had about 250 000 inhabitants in 1519, lack of draft animals is not a deciding factor when it comes to city sizes. The Aztec domesticated only dogs, turkeys, and ducks, all of which were used as food sources. Yet, they achieved at least 60% urbanisation. Climate and soil fertility might be more influential factors when it comes to cities.

Therefore, your city can be any size comparable to historic cities of the corresponding period. It is not possible to give a better estimate without knowing more about specific conditions in specific locations.

I believe that your people can achieve higher levels of urbanisation and denser populations than historical examples. Being space colonists, they have an advantage of not inventing the wheel. Of course, it presumes that not all knowledge is lost.

To address some technological problems:

The comments point out the lack of leather, ground transportation, and animal power and mention that all of these will prevent technological development. It might be true if humans start from square one, but it is not your case.

Leather can be obtained from genetically modified rabbits. They could've been genetically engineered by the original colonists to provide high-quality leather and fur. And further generations could've used selection to improve those rabbits.

Ground transportation is a bit challenging but still is far from unsolvable. Your people can use sail wagons, i.e. sailboats adapted for moving on land. 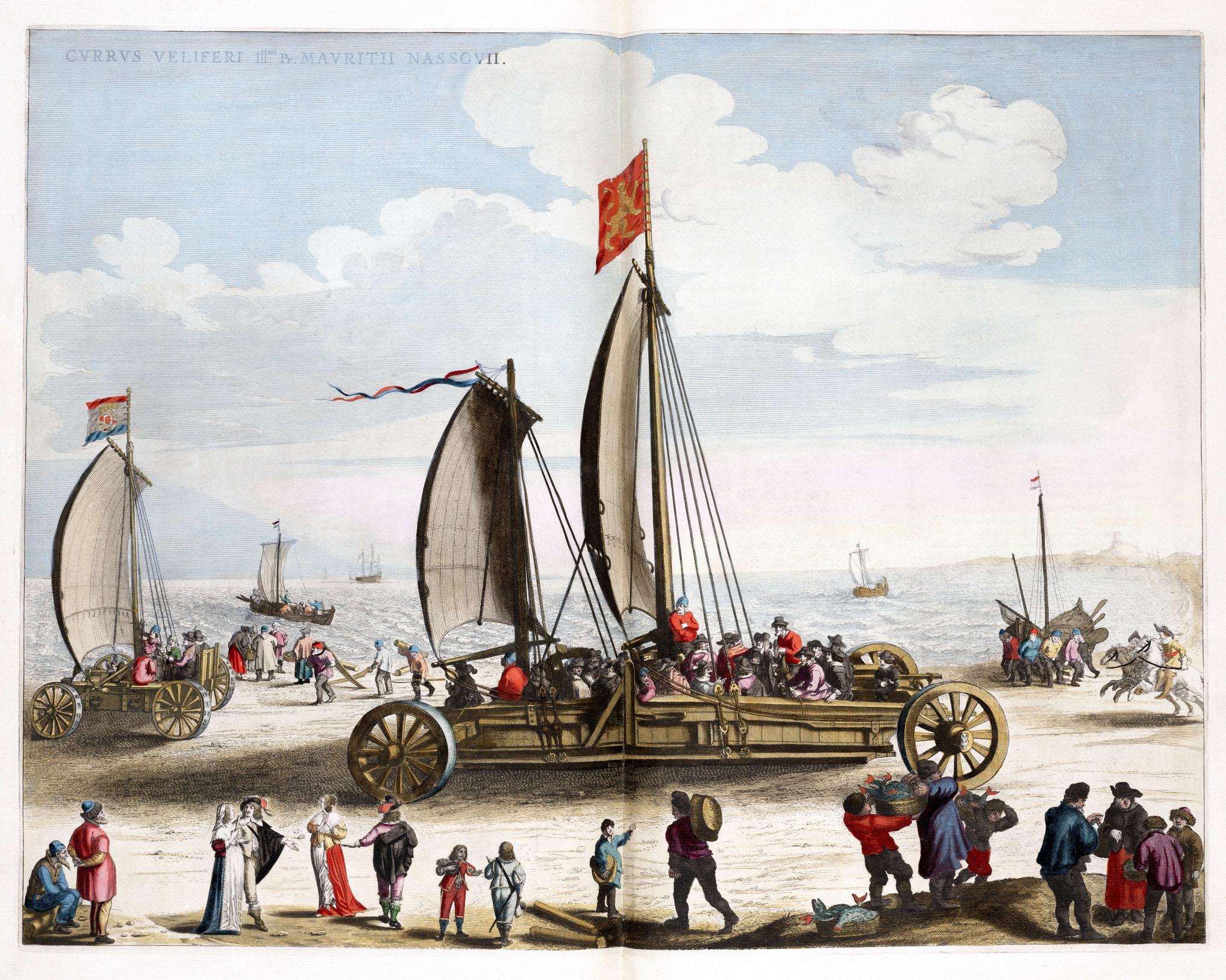 These land yachts were built in 1600 to entertain nobles (image from Wikipedia).

Apparently, land sail carriages were used in China as early as the 6th century. Your civilisation will have no problems building them considering that they have developed ship-building technologies.

The lack of animal power is relatively easy to address by wide utilisation of hydro- and wind power. Both were used for centuries with great success.

Ploughing might be a problem, but your people might adapt sail wagons for this. Alternatively, they may use low-level farming technologies and rely on soil's fertility and good climate (the way Aztecs did).

Further research suggests that ploughing is not really necessary. No-till farming is a very viable option. It can be even more attractive on another planet since there are fewer pests. Moreover, no-till farming is much more environment-friendly than traditional ploughing. No-till farming has its own problem, but many of them can be eliminated by genetic engineering. And we know it is an option in your world since rabbits have been genetically modified already :).

Your biggest issue will be lack of a plow animal, that will seriously impair farming, the Aztec farming methods were very labor intensive and unstable to boot. Without machines or animals to do the plowing for you, you will have a severe limit on the returns on large-scale farming. That, in turn, will limit your city size, keep in mind the largest Aztec city only had around 200,000 people in it and its supporting territory, that is about 1/5th the size of Bagdad or Alexandria at the same time. It was only able to support this through a lot of human labor in farming (caste system and slaves), unsustainable methods (slash and burn, imperial imports), and lucky local conditions.

Aztec cities did not handle climate variation well, they were highly reliant on natural conditions they could not alter the land to create fertility as well as the eastern, African, and later European civilizations could. This is not to say they were primitive far from it, but the needed a lot more labor to get the same number of calories as their counterparts across the globe, meaning they had less surplus to support other activities. The surplus is everything. Without it, you can't support the large numbers of specialist you need to advance technology quickly. With a better baseline crop (something with higher return and better nutrition like rice or wheat) they might have had more luck but it is difficult to say.

Really without a draft animal, your civilization will be lucky to reach the industrial age. Your best bet would be to have them start with tractors or at least repurpose as much machinery as possible into tractors.

Not the answer you're looking for? Browse other questions tagged science-fiction food population or ask your own question.

5
Early Army without foraging: How do we keep ourselves supplied in the field?
5
Impact of lack of fauna on an industrialized society

8
How big is a big city?
2
What would justify the population of billions in a fantasy world?
1
Diet on a Large Igneous Province
33
In a post-apocalyptic future planet where robots are the only sentient life… why would they use wild-west and WW2-era tech?
31
Starships without computers?
6
How much damage could a complete loss of technology cause?
4
Developed, highly advanced metropolis short on exotic foods
9
I need a systematic way to consider all crucial factors when building different kinds of near-future cities