Forgive me for misusing any terms. This is a subject I'm not knowledgeable in at all aside from doing some online research.

In the novel I'm writing, I have an abandoned scientific polar research vessel/drillship similar to the proposed Aurora Borealis or the already real Chikyu off the coast of Labrador.

The ship has two moon pools and a drilling rig that lowers the drill through one of them.

The previous crew came across an alien object floating around 500 meters underwater.

The object is spherical, at least $2,500$ ft in diameter, and has a thin outer layer, a shell, with a very small comparatively (maybe less than $20$ ft in diameter) upward-facing vent leading into it.

The entire object is large in volume, but not in mass. Aside from the thin shell which is filled with fluid, and a small inner core that holds its "brain", the rest is likely mostly hollow or filled with very not-dense material.

It's never quite explained in the novel what the whole object is made out of, but the object can control its buoyancy through venting ballast from its mantle (I'm likely misusing these terms horribly), perhaps through the vent in its "crust".

The research vessel discovered the object. After studying it they came to the conclusion that they had to stop it from surfacing completely for various reasons and that they didn't have much time.

How I've been thinking about executing this is that that the crew somehow attached a long metal beam to their drill and lowered it vertically through one of the moonpools and down into the alien object's small vent so that the beam would turn horizontal and end up "stuck" inside the object's mantle like a T-bar clasp on a necklace. Then they would lift the entire object up by the drill line to lay the vent flush as possible against the ship to. Maybe they packed in some material around it as well if the bottom of the ship wasn't flat enough to make a seal.

The crew didn't have a lot of time to come up with something more elegant or use any objects besides what would be found on a research vessel during an expedition. Maybe the metal beam was cannibalized from some other equipment.

The primary question would be if is this feasible or realistic at all and if so, does it mostly depend on the alien object's mass? Can the object be light enough that the ship could feasibly try to "trap" the alien object against itself without breaking or capsizing?

Or does the sheer volume of the alien object alone make this unfeasible?

If it is possible, would the drill line(?) and/or the drilling derrick of the vessel need to be reinforced in any way (since I assume sea drill lines(?) aren't meant to carry objects like the large metal beam I imagined them using to lock the alien object in place.)

I know vessels like this would likely have cranes as well, but I'm not sure the cranes would go deep enough given how deep in the water the alien object is when the ship found it. The drill setup might also be more precise I suppose.

I know a lot of factors are missing, like the material the alien object's crust is made out of, how thick it is compared to the rest, what the fluid is in the mantle, etc. But I'd be willing to adjust all of these factors to make what the research vessel's crew does feasible.

I know very little about physics or ships or deep sea drilling, so I apologize if I'm not giving enough information. :(

I might also be overlooking some things that are very obvious, so feel free to point anything out.

You can get some idea of the objects mass by the fact that it is floating at depth. It is not going up and not going down so it is neutrally buoyant when found. Its mass is the same (in aggregate) as water.

So: unless it tries to escape somehow you are not going to have to support it from the ship. It is floating. You just need to moor it. A cable would work better than the drill,

I would worry that if you insert a long straight bar in end-on, it would run into some impediment inside the object and you could not put it all the way in. Also it would be hard to position the tip of the drill to hit the thing.

Better I think would be to send a diver with a coil of pipe or rebar. Or many, many coils. Something like this. https://www.youtube.com/watch?v=16BHL71bZG8 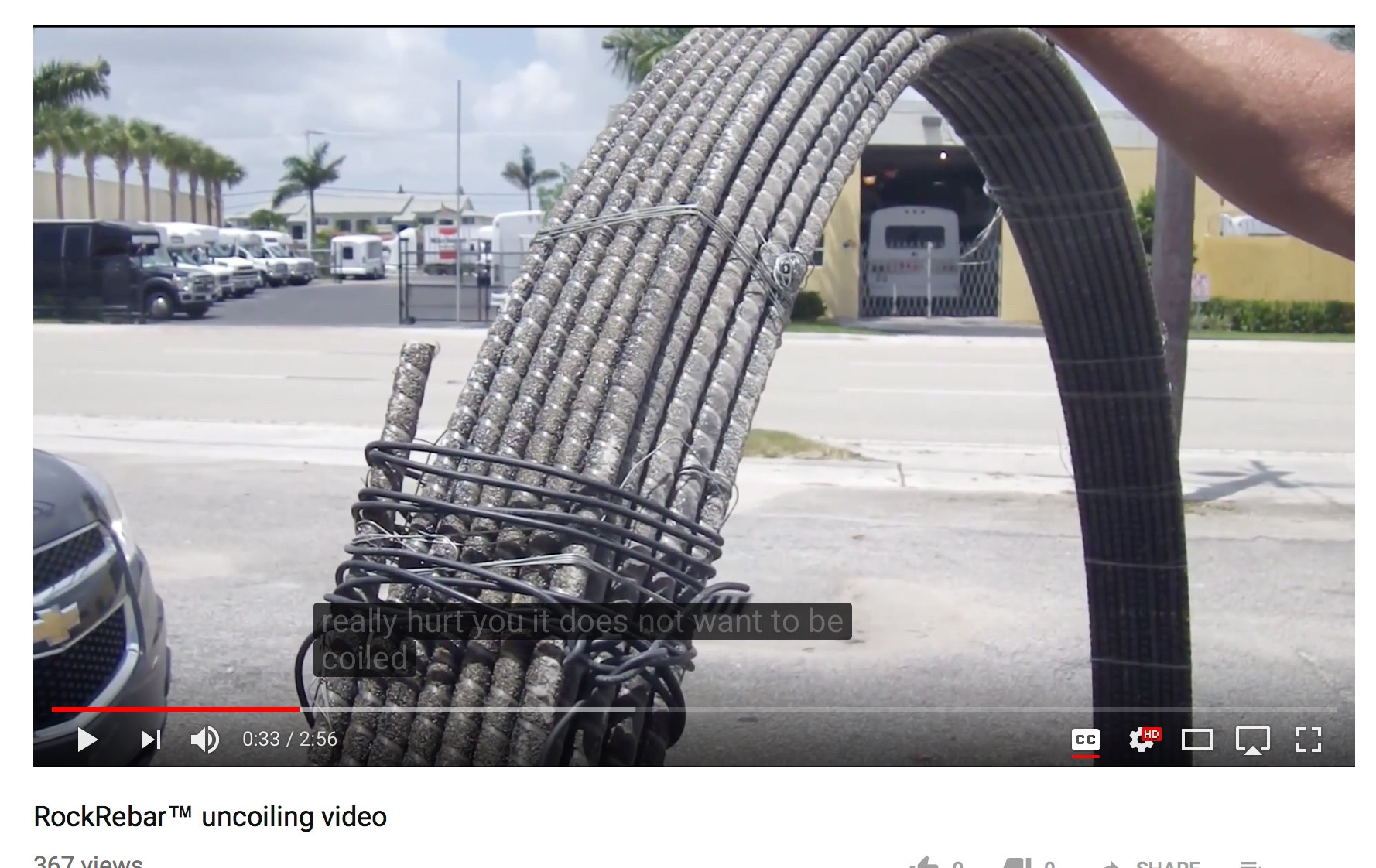 Another option would be to put something inside the sphere that was inflatable (a raft? a float?), then inflate it once it was inside using a tank of gas.

If the object tried to escape it could do any of the things fish do when they try to get off of a line.

1: tear itself and pull the mooring loose. 2: deform the stuff inside it and pull it back out through the hole 3: break the cable

This would be fun to write because some people on the ship might have fishing expertise, which they bring into play.

Not the answer you're looking for? Browse other questions tagged science-based internal-consistency technology physics ships .

7
What could be the physics behind witches flying on broomsticks?
11
How could there be underwater thriving city in the medieval age?
5
How could the alien hybrids from the "Species" movies be approximated under real physics?
27
How could a submarine-like vehicle steer and propel itself in a superfluid?
7
How small of a boat can sustain itself in the ocean?
53
If a large space ship crashes on a planet, what could kill passengers without obliterating the ship?
15
An Aztec ship sails east - where does it land?
6
How could a magical enchantment minimize the effect a super dense and super heavy object would have on a floor beneath it?