What do Martians use for months and weeks?

Assume Mars has developed an indigenous civilization of its own, perhaps as seen in Edgar Rice Burroughs' A Princess of Mars.

Much like Earth, Mars' years and days would be significant for any indigenous peoples. These would drive the seasons and daylight periods, such as they are.

But on Earth, there is an intermediate time period that was important from time immemorial: the phases of the Moon. With a period 28 times that of a day, but 1/13 that of a year, the motion of the moon was a good intermediate length unit of time from which, through long evolution, came our modern concepts of month and week.

But on Mars, the moon(s) are nowhere near as prominent as on Earth, and their periods are much shorter. As seen from Mars and measured in Martian days, Phobos will appear and disappear twice a day, Deimos roughly every 2.5 days.

What astronomical phenomenon, visible from the surface of Mars, would replace the Moon's motion as an intermediate measure of time?

weeks and weekweeks would be my guess.

As you stated, Mars doesn't have anything in the night sky that is prominent enough and has a long enough cycle to serve as intermediate division of the year.

Mars does have seasons but they vary quite significantly from equal quarters (142 to 193 sols for spring and autumn). While an indigenous society would probably used season in their calendar, I doubt they would simply gloss over these differences and split the year into equal quarters. So a convenient intermediate division probably won't be derived from seasons either.

As Monica points out in her answer. Weeks are already arbitrary because they seemed like a decent rhythm. It's conceivable that since Mars sols are about 2.7% longer the compounded effect would have caused the Martians to adopt a 6 sol week instead. Six is also more convenient to calculate with than seven.

A base 6 system would also have the neat effect that a five fingered species could easily use each hand as a full digit. Right hand counts sols, left hand counts weeks. If you go up to weekweekweeks you could seamlessly shift the representation of time units through the hands. A four handed species like in that abysmal John Carter movie could actually count through the whole year with their fingers!

Edit: I was wondering how martians would deal with leap sols since their year is significantly off from a whole sol number... The most accurate number I could find was 668.5991 sols per martian year.

Some calculation gives a base year of 668 with the following leap sol rules:

Realistically speaking most people won't care for the last two rules (IF they are accurate in the first place) which makes this comparable in complexity to our leap day rules. Of course if they end up with a different base for their number system then they might find different fractions more convenient...

Please remember that time is an arbitrary concept

Without any outside influence, the very first basis of time is the "day" consisting of a period of "light" and a period of "no light" that we Earthers more commonly know as "night."

According to Space.com, the moons of Mars are so close to Mars that they cannot be seen from some latitudes.

...the bulge of Mars' own curvature gets in the way!

Not that they're very visible. Deimos would appear to be only 1/19th the size of Luna in the Martian sky and Phobos would look like a slightly oversized Venus. Somewhat unimpressive.

Which means Martians might not develop the concept of a "month" at all.

Due to the orbit around the Sun and the Martian's ability to watch the stars, the concept of a "year" would develop. With the discovery of Mars' orbit, you would eventually discover the two solstices and two equinoxs, which means Mars is (perhaps) more likely to develop "quarters" as a replacement for "months". Kinda...since the orbit is elliptical the periods between solstice and equinox aren't equal.

As for periods shorter than the "light" and "no light" periods, that's REALLY ARBITRARY. Considering Earthers have ten toes and ten fingers it's a wonder they came up with two twelve-hour periods. But that might have been because the ancient Egyptians had two 10-hour periods plus two one-hour periods for twilight.

How many toes do your Martians have?

EDIT: Apparently there are some people who think the details are really, really important. They're not thinking from the Martians' point of view.

1 I was too lazy to care about the ratio of Mars' orbital speed to its rotational speed, so as an Earther, I cheated and worked out the ratio comparison from the Earth numbers.

As you point out, Mars has so much stuff going on in its skies that its moons aren't going to provide meaningful calendrical support. Nothing else is both visible and consistent enough to act as a replacement.

I suggest, therefore, that your indigenous Martians won't look to the sky for divisions of the year. Days yes -- that's regular and obvious, so unless your Martians have a very short or very long "biological day" cycle, they can make use of that. (I'm taking it as implied in your question that your Martians don't, say, hibernate for an Earth month every other month, or sleep 15 minutes every hour, or something like that.)

Seasons are provided by the sun (and axial tilt), so those still work. Subdivisions of seasons could be provided by either computation or function. By computation, I mean that your Martians might find that the concept of "tenth of a season" or "quarter of a season" is a meaningful currency; if so, they can designate it without regard to visible markers. Our weeks are like that; they aren't quarters of the monthly lunar cycle. We humans have just found a unit of seven days to be useful. Your Martians can do that too.

Alternatively, they might have sub-season units of time based on things they do -- plowing time, planting time, livestock birthing time, and so on. These chunks of time will not be uniform in length. They also will not be uniform across the whole planet, so once your Martians develop global communication, functional designations won't work as functional designations. They could remain as historical designations -- they don't plow during this time now, but this stretch of time is still called "plowing time" because they once did. Planet-wide standardization of timekeeping was a late development here on Earth, when synchronization of (e.g.) train schedules became necessary. Your Martians won't need to all agree on time designations until they're interacting (and scheduling events) with other groups with different calendars.

Deimos would be a good week-keeper.

Now consider the situation with Mars' moons. Deimos takes 30 hours and 18 minutes to make one swing around Mars, and the Red Planet makes one full turn on its axis every 24 hours and 37 minutes. So an observer on the Martian surface would see Deimos rise in the east, but the moon would then move across the Martian sky at a very slow pace. In fact, it would take about 33 hours to get directly overhead (or very nearly so), and then another 33 hours to descend and set in the west.

And then, the Martian explorer would have to wait another 66 hours before Deimos again reappeared above the eastern horizon!

So one full circuit of Deimos would take 132 hours or 5.5 days. To me that seems like a pretty decent week equivalent. And moon-based, no less!

In smoky conditions on earth, one can see sunspots with the naked eye. I was in the So.Cal fires in 2003 and people were calling into radio stations asking what was wrong with the sun. You could see the spots easily with the naked eye. Here is a more recent image from this year's fires. 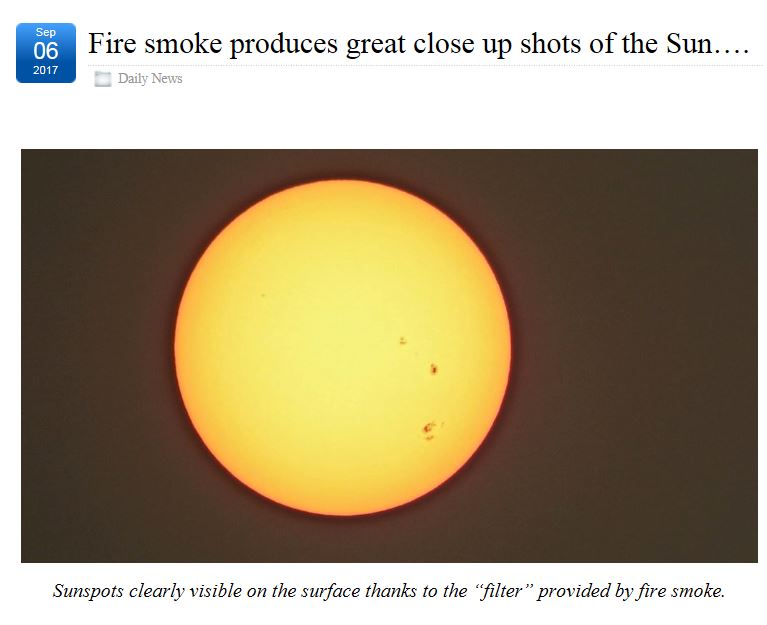 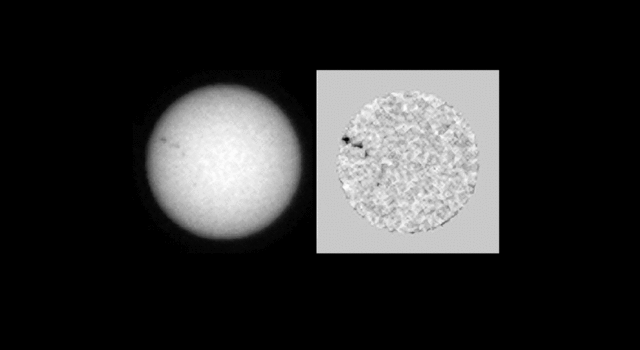 A solar rotation is about a month. If you could view the sun steadily thru the Martian haze could you track the sun's rotation using sunspots? Maybe.

Earth would be clearly visible in their sky, as would Earth's moon. They would see a bright blue dot with a smaller white dot following it around, sometimes on the sun side and sometimes away from the sun. They would quickly note that the small dot flips back and forth across the big dot about every 28 days. At maximum separation, they'd appear about 0.25 degrees apart; for comparison, the full moon is about 0.5 degrees across.

So, it's possible that the answer to your question is "Earth months, or something very close to them."

Not the answer you're looking for? Browse other questions tagged planets astronomy orbital-mechanics time-keeping or ask your own question.

17
What would a Martian calendar look like?
7
How would a Lunar Calendar be set up with 2 moons?
12
How to calculate hour angle of a moon?
15
What calendar would the Saturn nation use?
4
How can I calculate and create a calendar for one of 4 moons of a Jupiter-like planet?
2
Calendar-Worthy Events on a no-axial spin distant future Earth
23
Martians want to keep their weeks roughly in sync with Earth. How would they do that?
3
Calculating the conjunction of more than two moons
4
What is the minimum size of an habitable planet to have two moons?
2
What if a moon orbits far away and extremely fast?