In what I hope to be the first episode of a series, I'm going to highlight each piece of Tolkien architecture and see whether or not it's practical enough to use in real life, starting with the simplest: Orthanc, the centerpiece of Isengard.

Tolkien actively described the tower as "a deep, gleaming black". In keeping true to the original description, WETA Workshop decided that Orthanc be made of obsidian, volcanic glass. 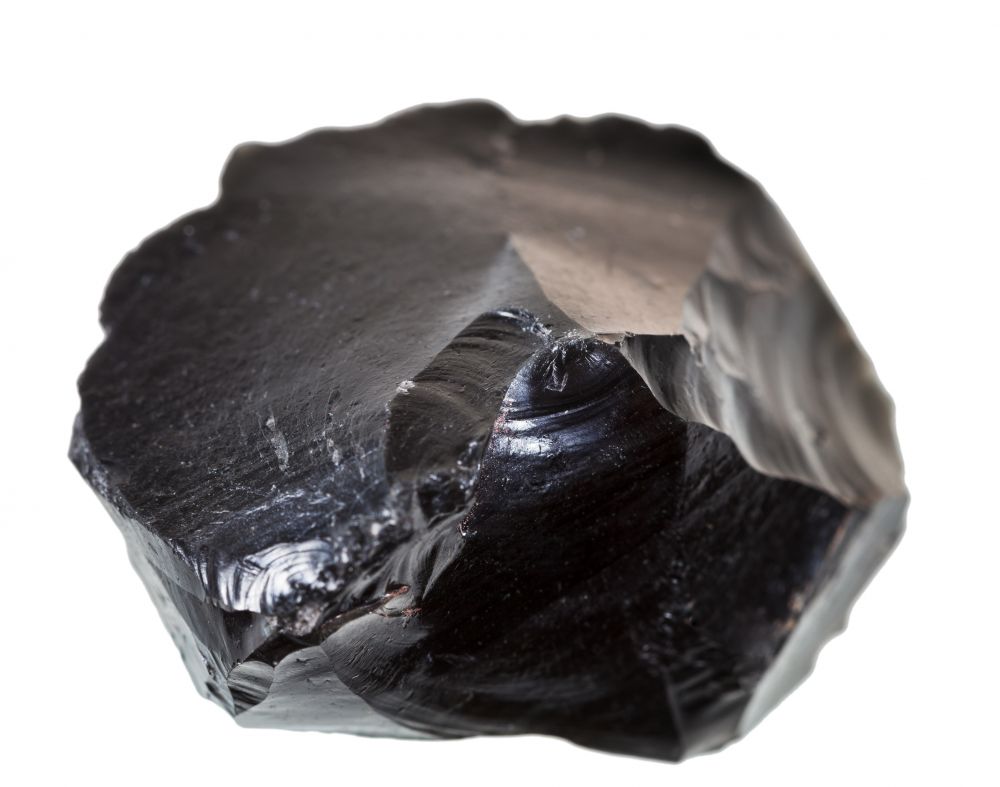 It definitely is black, which makes it qualified, and using obsidian to build Orthanc certainly helps in giving it a sharp, uninviting look. In the movies, the obsidian tower occupied by Saruman the White does look visually impressive, but the question is: Is it feasible, let alone practical, to construct a building out of obsidian?

I got information on obsidian's fracture toughness from Husein, 2004; and granite from Jeong, et. al., 2017. Compare the load displacement curves, Figure 3.11 from Husein and Figure 10 from Jeong.

Granite's catastrophic failure under displacemnt takes roughly 10 times the force (read, weight) that Obsidian's does. That is, we would expect obsidian to crack under loading at 10 times less weight than granite.

The fracture toughness of the two materials is nearly equal, so as far as being blown about by high winds, obsidian would perform as well as granite. But with perhaps 1/10 of the compressive strength, you couldn't build anything obsidian that you couldn't build out of granite.

The highest Orthanc-like thing that was built in the ancient world were probably obelisks, the tallest of which topped out around 40m. I don't see obsidian supporting anything bigger than that.

Of course, that is the point at which the obsidian 'will' break. Small imperfections and crack propogation, tolerance for wind and such mean that you would never get that high, maybe not even within an order of magnitude.

All in all, you could not build Orthanc out of obsidian.

PERFECTLY POSSIBLE since Orthanc is made out of a stone-like substance which looks like obsidian but is much stronger than any known material.

The Alan Lee painting does not seem to conform to Tolkien's description of Orthanc, a description that seems far more geometrical and modernistic to me.

It would be hard for me to describe in words or pictures my conception of Orthanc.

I picture Orthanc as looking vaguely like a shiny, black, opaque combination of:

The Gherkin in London, but with no external framework showing:

The central tower of Fonthill Abbey:

The Ryugyong Hotel in Pyongyang, North Korea, but with four wings instead of three and with the central part lower than the tips of the four wings:

The Burj Khalifa at Dubai, UAE, but with four wings instead of three and with the central part lower than the tips of the four wings:

And with a floor plan vaguely similar to Fort Stanwyck, New York:

But enough about the architecture of Orthanc. What material is it made of?

A peak and isle of rock it was, black and gleaming hard:

The Ents could break up ordinary rock bare handed.

An angry Ent is terrifying. Their fingers, and their toes, just freeze onto rock; and they tear it up like bread crust. It was like watching the work of great tree roots in a hundred years, all packed into a few moments.

But the Ents could not harm the substance that Orthanc was made of.

Many of the Ents were hurling themselves against the Orthanc-rock; but that defeated them. It is very smooth and hard. Some wizardry is in it, perhaps, older and stronger than Saruman's. Anyway, they could not get a grip on it, or make a crack in it; and they were bruising and wounding themselves against it.

They came now to the foot of Orthanc. It was black, and the rock gleamed as if it were wet. The many faces of the stone had sharp edges as though they had been newly chiseled. A few scorings, and small flake-like splinters near the base, were all the marks that it bore of the fury of the Ents.

The fury of the Ents could break up ordinary stone in moments, but the substance of Orthanc was impervious to their attacks.

Though Minas Tirith was mostly white, the outermost wall of the city was black. When Sauron's army began to set up catapults to attack Minas Tirth:

At first men laughed and did not greatly fear such devices. For the main wall of the City was of great height and marvellous thickness, built ere the power and craft of Numenor waned in exile; and its outward face was like to the Tower of Orthanc, hard and dark and smooth, unconquerable by fire or steel, unbreakable except by some convulsion that would rend the very earth on which it stood.

The Return of the King, Book Five, Chapter four "The Siege of Gondor".

WETA may think that Orthanc is made out of obsidian, but Tolkien described Orthanc as being built of a magical or technological synthetic or enhanced stone much superior to known materials, a substance that nobody in Middle-earth remembered how to create during the War of the Ring.

How tall was Orthanc?

A peak and isle of rock it was, black and gleaming hard: four mighty piers of many-sided stone were welded into one, but near the summit they opened into gaping horns, their pinnacles sharp as the points of spears, their edges keen-edged as knives. Between them was a narrow space, and there upon a floor of polished stone, written with strange signs, a man might stand five hundred feet above the plain.

So the central roof of Orthanc was five hundred feet above the ground, with four higher tips of the piers around it.

In The Fellowship of the Ring, book Two, Chapter Two "The Council of Elrond" Gandalf tells how he was imprisoned in Orthanc.

They took me and they set me alone on the pinnacle of Orthanc, in the place where Saruman was accustomed to watch the stars. There is no descent save by a stair of many thousand steps, and the valley below seems far away.

Perhaps the stair had many hundred steps, and Gandalf said "thousand" by mistake.

Modern technology has built buildings to heights of 500 feet, 1,500 feet, and much higher. Orthanc could be built as described with modern technology and materials. But the possibly artificial black stone of Orthanc seems to be much harder and stronger than any known construction material. Thus, since Orthanc in the novels is clearly not made of obsidian, Orthanc in the novels is clearly a possible structure.