Cardinal direction names at a north polar moon base?

There's a human settlement at the north pole of the moon large enough to sustain expansion outwards for say 100 km in all directions. Humans like to think in terms of four principal cardinal directions: north, south, east and west. That works fine on Earth since since civilization has had no desire to live at the poles. But that won't be the case on the Moon -- the poles will be prime real-estate. There, notions of north and east will have little meaning with respect to local terrain. If someone asked you "which way is north?" the direction you would point to on the horizon would depend on your relationship to the pole at that particular time. Not a useful system for providing directions to lost travelers.

A more pragmatic system for direction bearing would be in relation to the Earth, since it would be near the horizon and generally in the same direction at all times (taking a small circular path slightly above to slightly below the horizon throughout the year). But what then would be good colloquial "homesteader" names for the four cardinal directions with respect to it?

Toward Earth might sensibly be called "earthward". But what about in the opposite direction and the two orthogonal directions?

A great answer provided by a colleague. I was reminded that an astronaut on the moon is still obeying Earth orbital mechanics where this problem has already been figured out. In orbit, the direction toward the center of the Earth is known as Radial, opposite is Antiradial, and the directions orthogonal to radial along the orbit path are known as Prograde and Retrograde. From the lunar north pole the moon would appear to be orbiting the Earth counter-clockwise, so the direction to the right when facing the Earth would be the Prograde. This being the case, the cardinal directions relative to Earth beginning with it and turning clockwise would be Radial, Prograde, Antiradial, Retrograde. Realistic and plausible, but it would be nice to have names with unambiguous single letter abbreviations like we have with N, E, S, W and that's a problem between Radial and Retrograde. A solution might to substitute Earthward for Radial. So the final directions could be (E)arthward, (P)rograde, (A)ntiradial, and (R)etrograde. Good enough for my purposes.

Oceanus (there is only one) -- Mare 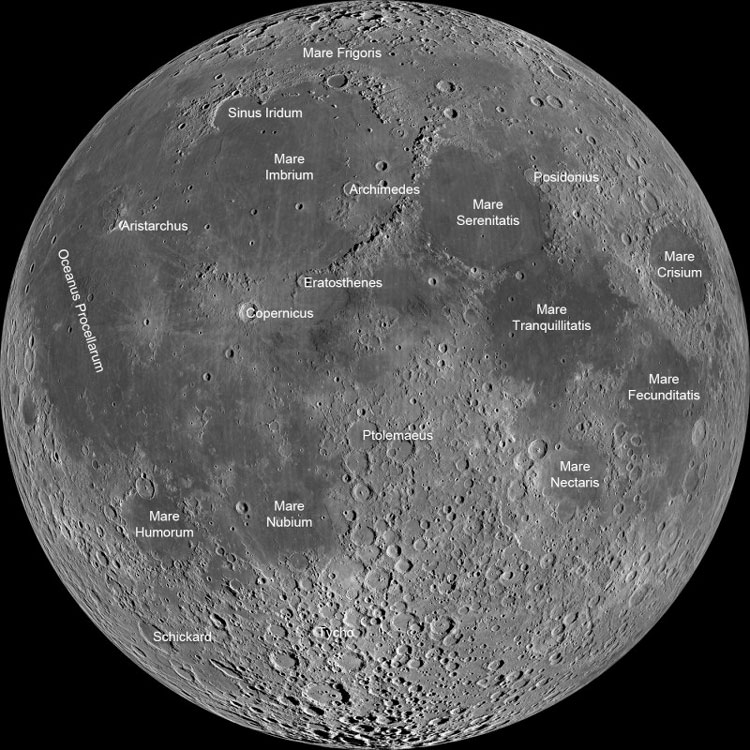 Not the answer you're looking for? Browse other questions tagged geography colonization terminology polar-region or ask your own question.

5
Antarctic Climate on Greenhouse Earth
2
Is This Realistic Physical Geography for my World?