How efficient can my neutrino detector be?

In a class discussion last week, someone pointed out that a typical core collapse supernova releases $\sim10^{46}\text{ J}$ of energy in the form of (anti-)neutrinos while only radiating $\sim10^{44}\text{ J}$ in the form of photons. This then means that the energy flux from neutrinos is about two orders of magnitude higher than the energy flux from photons. If you could find a way to capture that energy, you'd have . . . quite lot of energy. I'm considering this as a possible power generation mechanism in a world of mine.

The problem is, you'd need to capture a lot of neutrinos, and that's not easy. From SN 1987A, in the Large Magellanic Cloud, 25 neutrinos were captured by several detectors out of a total of $\sim10^{58}$. Granted, we're about $1.5\times10^{5}$ light-years away, and so, with the same efficiency, we could capture perhaps $\sim5\times10^9$ neutrinos at a distance of $10$ light-years. But that wouldn't even get us $1\text{ J}$ of energy, assuming we captured all of the energy from each neutrino!

Neutrino detection might be an implausible energy source, even given the high energies of supernovae. I currently don't think it's possible to wrest anything useful from it. However, I'd at least like to give it a shot before dismissing it. Therefore, I have one question: How efficient can a neutrino detector be? In other words, given a certain flux of neutrinos, what is the upper bound to the fraction that the detector could absorb?

Both the (current) answers to the question state that it is not possible for your idea to work. Aside from the fact that you are explicitly not asking for a feasibility study, the obligatory XKCD reference shows that it's all about the solid angle of the detector from the supernova and so, such a detector may indeed be feasible far into the future. In addition, this answer ignores a number of annoying details in the hope of getting a decent approximation to an answer relatively quickly and easily. It's not a hard-science question, after all!

It turns out that, after making these various estimates and approximations, the efficiency/average energy collected per antineutrino incident on the detector from a supernova would be around $5.3\times 10^{-26}\,\text{J}$.

To start with, let's note the fundamental principles behind what's going on behind Cherenkov style neutrino detection:

However, there are some Issues with the Standard Model of particle physics: (all of these will be ignored as the definite model for how these are actually fixed is obviously unknown, but are here for completion)

Cross section of the Interaction

What is the energy of the created positrons? According to Hans-Thomas Janka, antineutrinos are created with an energy of around $14-16.5\,\text{MeV}$ for about half a second in a supernova. However, the energy used in the above cross section isn't this energy, but the energy in the zero momentum frame, which can be increased or decreased relative to the supernova by boosting the detector. The issue with this is that performing any boost on a detector is just going to cost energy and so, will defeat the purpose of using the detector to generate energy 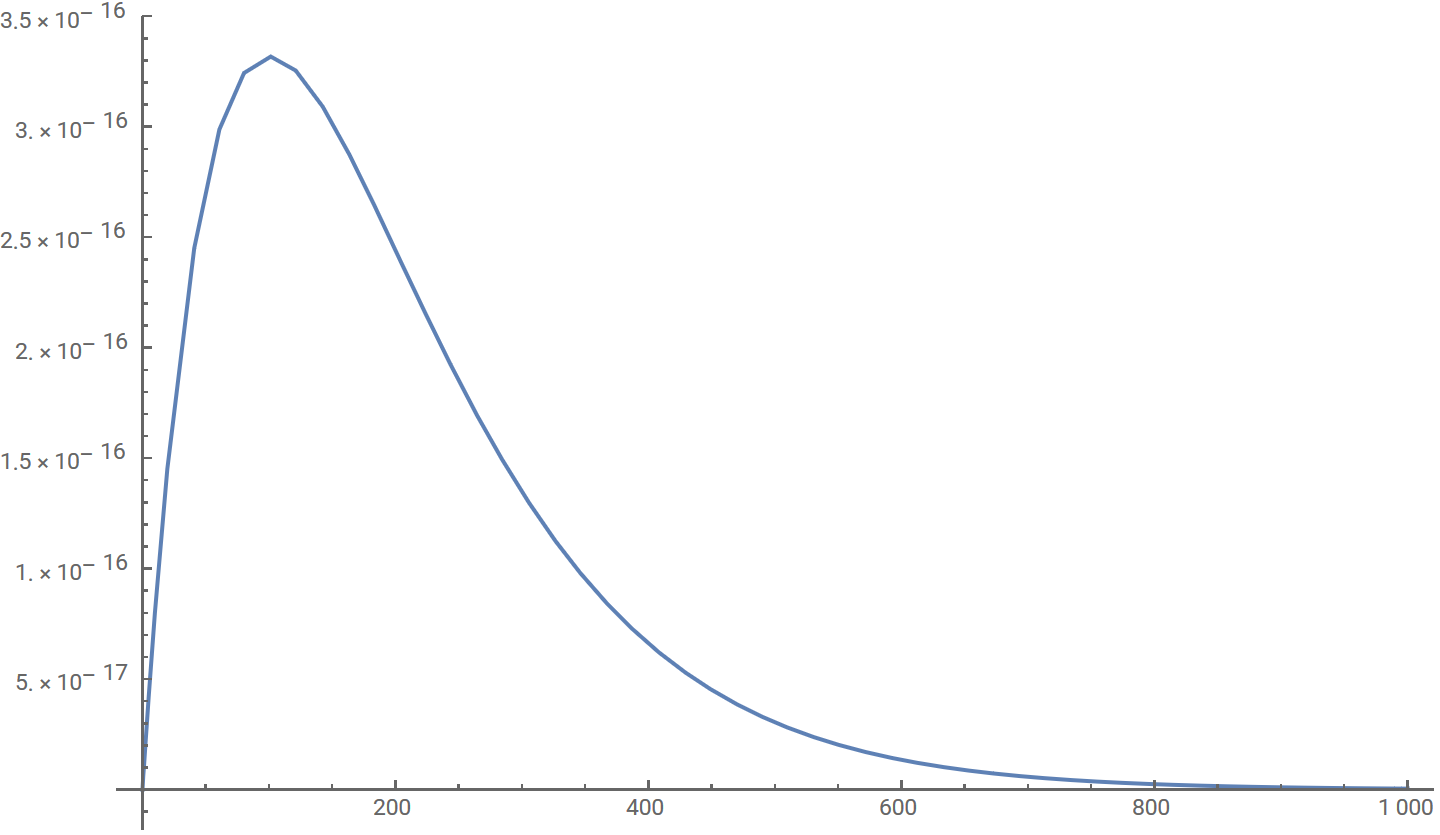 2 given in terms of the energy of the positron as that's both what's experimentally measured and calculating the energy of neutrinos generated by a supernova isn't exactly trivial. Also, this is just proton to neutron scattering, so ignores details such as water being a molecule, which might make a difference

3 This is perhaps a bit of an assumption as perhaps there is a possibility that interactions with certain protons in the water molecule may cause e.g. an interaction with an emitted positron and a bound electron. On the other hand, this would just create more energy

4 This is just a hack as the actual transmittance depends on (as well as the distance in the detector) the direction the positron is emitted, which is a random angle in the zero momentum frame, the details of which depend on the (unknown) neutrino mass

From the above source:

This gives us a means of estimating possible neutrino absorptions and identifies some areas we can tweak to improve performance.

We can't really control the flux of neutrinos, other than placing our detectors inside operating fission reactors which produce anti-neutrinos, but potentially advanced civilizations could place their detectors closer to the sources (adjacent to supernova) or potentially use gravity lensing to increase the number of neutrinos passing through their detectors, but it seems likely these extreme means could be used more wisely for other power generation methods.

This is a function of the energy level of the neutrino not much we can change here and sadly this is where we get really screwed, the values are on the order of 10^-45 an exceedingly small number reflecting the very unlikely possibility of a neutrino interacting with anything.

This we can effect, making your target more dense will increase the likelihood of interaction, unfortunately it is not going to have a huge effect.

We can do better than water, lead is about 11x denser than water, but that one order of magnitude is still up against that 10^-45 number not going to affect it much (are you sensing a pattern yet).

We could theoretically push it up a few more notches as a Type II civilization and go for degenerate neutron star matter or otherwise insanely dense material, estimates for neutron star dense matter are on the order of 10,000 kg/cc or ~10^7 x greater than water, which does push us up to the 1 in a trillion chance.

Again here we can make improvements, make the detector bigger! Unfortunately for comparison sake a light year is ~10^15 m (remember 10^-45!!) so even light year sized detectors are not likely to absorb much more than a fraction of any neutrinos passing through it. The anecdote of a light year of lead stopping half the neutrinos is actually being generous, it would really only stop about 10-15%.

So you could absorb most neutrinos with an absorber of neutron star material density a million km thick, which is probably a nontrivial enterprise for even a type II or III civilization. For anything less you are not going to absorb very many neutrinos, and definitely not enough to make any usable power (the power density numbers are astoundingly worse than terrible). When compared to other sources, you'd be better of extracting power with the photons of distant stars.

How efficient can a neutrino detector be? In other words, given a certain flux of neutrinos, what is the upper bound to the fraction that the detector could absorb?

So to start on this it should first be made clear what the largest factors are in determining this fraction.

does not represent the amount of neutrinos received by Earth but is the amount of Neutrinos emitted by the source spherically outwards. Thus the first largest factor is the distance between the source and the detector. As this limits the total possible neutrinos a detector can receive.

The next obvious factor is the cross section surface area of the detector with respect to the emission source. As this also impacts how many neutrinos can possibly be collected.

Now the way most these detectors work is by the simple fact that IF a neutrino collides with a hydrogen atom it releases an electron which can be sensed with a sensor. This is why most neutrino arrays are surrounded by water containing electron sensing sensors. Even then this is dependent on the energy of the neutrino with low energy neutrinos being harder to detect with plenty passing through the Earth every day.

So the question of:

How efficient can a neutrino detector be?

Is essentially impossible to determine as it is dependent on the source, energy of the neutrino, and scale and sophistication of the detector.

As for the root objective of this being about energy production that is even more absurd as the electric output from these interactions is so rare and miniscule that often the hardest part in building these arrays is finding big enough and isolated locations that the external environment isn't releasing electrons that would contaminate the data. This is why they cant be built in the ocean with moving sea water against metal sources or lightning strikes.

Not the answer you're looking for? Browse other questions tagged science-based space energy power-sources supernova .

16
How much power can you send via a laser through the atmosphere without catastrophic effects?
2
Supernova Rifle
7
Thermal Energy Recycling from Daylight Operation to Power Night Time Operation of Volatile Computer Storage
11
Feasibility of a purely mechanical grayscale "computer monitor"
11
How Efficient Could Anaerobic Megafauna Be?
7
Space Combat Depiction 1: Laser Pew-Pew
0
Can someone with a better understanding of physics review or correct my design of a hypothetical fusion reactor for space vessels?
5
Feasibility of Neutrino-based Energy Beings
10
Can an open canal loop transmit net positive power over a distance effectively?
4
How to make this lightning strike real without technology or magic?