After the invention of the aircraft and its subsequent use in the Very Big War, the world powers came together and came up with the Plot Device Treaty, setting and expanding on the laws of war.

Partially pushed by logic and significantly pushed by Old School War Leaders, one of the articles in the Treaty bans the use of explosive devices from aircraft, and significantly restricts self-propelled munitions in general. Effectively, this means that aircraft are forbidden from carrying bombs, rockets, missiles, and the like, and that guided missiles (Such as the V-1 flying bomb) are largely prohibited although unguided rockets can exist within limitations.

The plot reasons are I want battleships to be able to be the dominant force, while still allowing aircraft. Problem is, by the time WWII shows up, the age of the battleship is gone. I also want the "Old School" admirals to want to gut aircraft, knowing well what they're doing - Kind of like the resistance against using aircraft right after the First World War.

Militarily, the doctrine was originally using aircraft as scouts, targeting aids for over-the-horizon shots, and interceptors to deny the enemy use of their own aircraft.

As we well know, nothing ever stays as what it was originally intended. Aircraft would be pressed into a ground/surface attack role somehow. While not necessary, I'm keen on the idea that aircraft carriers don't exist and ocean-based aircraft are seaplanes of one variety or another, either as a small contingent carried by the battleship itself (Much like actual WWII battleships), or cared for by a seaplane tender.

But, with traditional surface attack weapons denied to them, how would aircraft be used in surface attack roles? Tech is, largely, Late-40s, early-50s equivalent.

Take a look at the A-10 (Warthog or Thunderbird) as an ideal surface attack air platform.

Sure, it can carry missiles and bombs, but it's primary reason to exist is to act as an aerial platform for a big Avenger Cannon. This is basically a massive machine gun capable of cutting down infantry, vehicles, some buildings and tanks, etc.

The cannon was designed specifically to solve certain military 'problems'. Then, the military handed the cannon to an aircraft designer and said 'build a plane around that'.

The avenger cannon came about after the 50s to be sure; but AFAIK there's nothing in that cannon which isn't possible in the 50s. It's just a large machine gun. Sure, there are some alloys that could make it lighter, but if you want a weapon for ground attacks, and you're dealing with 50s tech, you're going to end up with a cannon of this kind eventually. It might be heavier and have some other problems (like needing a cooling system) but as we discuss later, you don't have missiles on the A-10 in your world so we can afford a little more weight.

It's not an air combat superiority fighter. Pit one of these against (say) an F-18 Hornet, and the Hornet will win hands down. That said, it's fast, has a wing design that can support a massive amount of damage and still be capable of flight, and can bring a massive amount of firepower to bear on ground based targets - missiles and bombs were pretty much added to the payload as an afterthought because with wings like these, why not load them up? If you don't have that extra weight though, perhaps there's more room for ammo for the cannon.

These kinds of planes are the new cavalry. Instead of horses charging an infantry line, causing massive havoc and then getting out, these planes fly over, strafe the enemy (causing massive havoc) then fly away before AA weapons can be brought to bear.

Why are they dropping in military usage today? Drones. If you look at a reaper or predator drone, you can almost see the A-10 DNA in its shape. Remote ground based strategic strikes are now taking the place of the more conventional battlefield strafing runs because surface attacks are now more surgical in nature and designed to have a large impact on enemy capability or strategy; almost a long range sniper role. Now that modern warfare isn't against state actors, the specific niche of the A-10 is facing extinction.

That said, in your world, it seems like the perfect plane for this kind of activity. It also fits with your battleship bias. Both are weapons that are effectively platforms for guns. The A-10 is just air based instead of water based. Battleships will still have strong AA capabilities, meaning that without bombs, A-10s are almost useless against heavily armed ships capable of defending themselves from airborne attack. On the ground however, they still make a lot of sense for traditional, battlefield based combat.

The A-10 is probably the ultimate example of a close in air support aircraft that attacks ground targets. It, of course, its famous for its use of guns rather than self-propelled weapons. Some even joke that it's actually just a GAU-8 Avenger with some wings built around it. 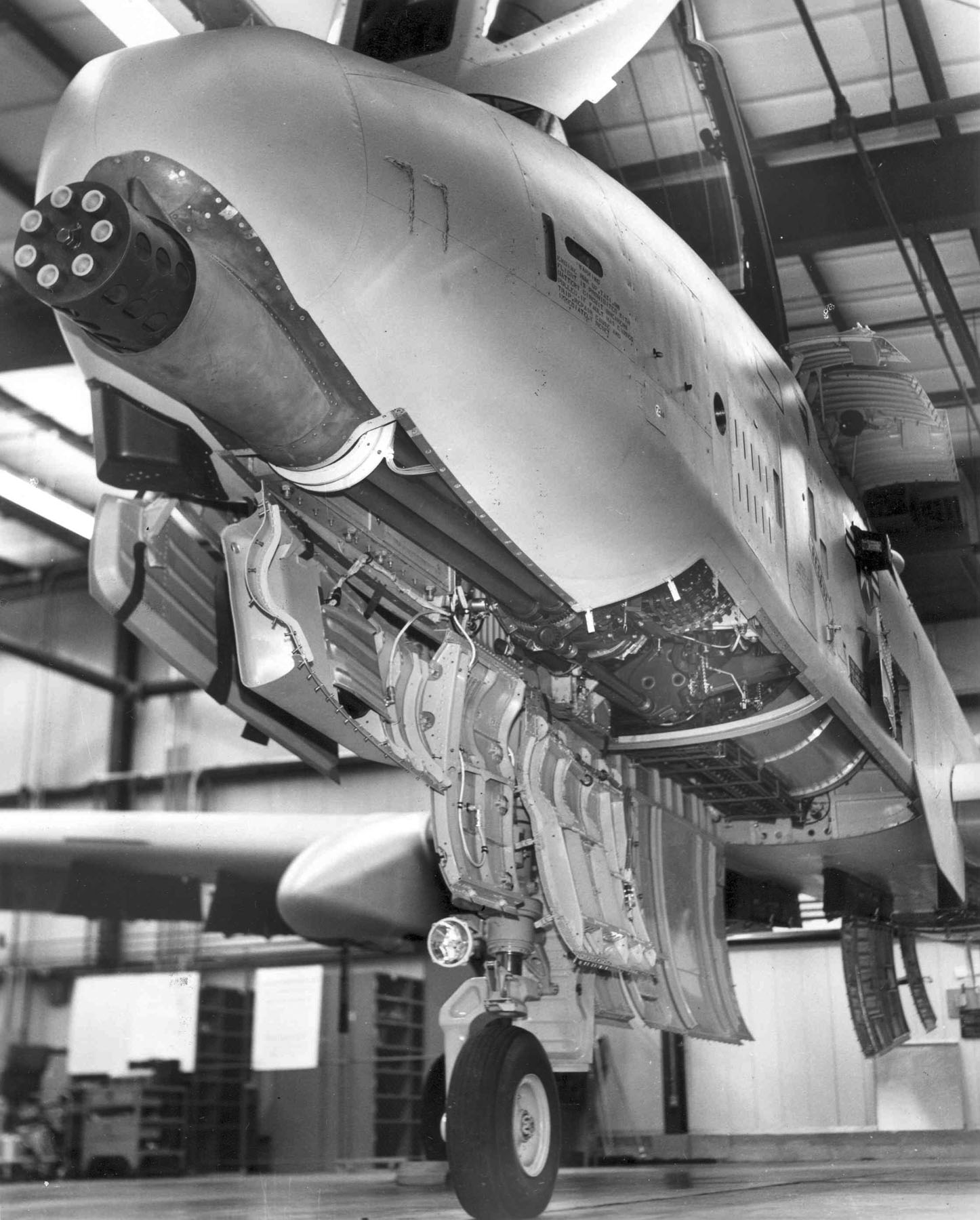 The Avenger is a total beast, firing 3,900 30mm rounds a minute. It's so impressive that there's even an urban legend about it slowing the A-10 down while being fired.

I think weapons like that would fit the bill nicely.

If I understand it correctly, the main question is how to allow battleships to play a dominant role into WWII and after. Prohibitions are means to an end.

By the 1940s the "common sense" would be that aircraft can hit moving targets with machine guns, but that bombs are only good against stationary targets. Same for early guided missiles. The V1 could hit cities on a good day, not battleships.

There really is no practical reason for the Plot Device Treaty to work, dropping things out of an aircraft or flying said aircraft Kamikaze style into a target is pretty straightforward.

Cultural bans like the Tokugawa Shogunate banning firearms in Japan (despite the Japanese being enthusiastic users of firearms and quite capable of making their own firearms) were only successful because Japan could be realistically isolated from the outside world and influences, so the ban could be enforced.

A more technical reason would be that in your timeline, internal combustion engine technology is not advancing very rapidly at all. Aircraft strain to just get aloft and fly any particular distance, and have virtually no margin for carrying bombs, rockets or other ordinance. Imagine aircraft technology is stuck at 1912 era technology in 1940 and you get the idea.

The 1912 British Military Aeroplane competition requested an aircraft with the following performance characteristics:

Additionally, the aircraft had to be transported to Larkhill in a crate of specified size and assembled there. Aircraft had to be capable of being dismantled and transported by road or rail, and the ease of rigging and de-rigging would be one of the factors taken into account by the judges. 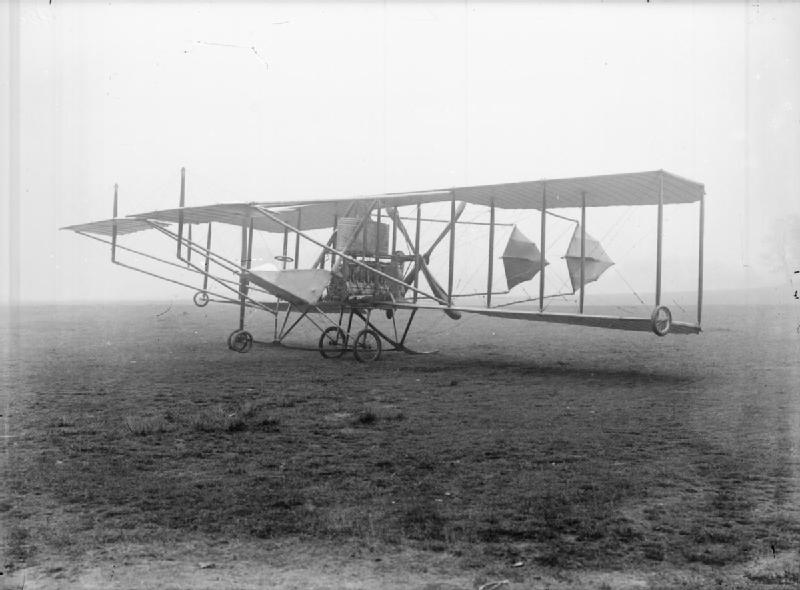 And the winner is: Cody Mk V

With heady specifications like this, your aircraft will be in no danger of bombing enemy battleships or much else besides. A very brave pilot might drop a hand grenade or (more useful) a flare or smoke grenade to mark a spot.

A second area where ships and artillery can continue to dominate is for the sorts of experimental advances in aerodynamics pioneered by the Germans in Peenemunde are moved up two decades. Things like the Paris Gun of WWI fame demonstrated that very long range artillery was feasible, but research into highly aerodynamic shells didn't take place until the late 1930's. German research led to the "Peenemunde Arrow Shell", a highly streamlined and saboted round which could double the range of a 28 cm K5 rail gun (for example "Anzio Annie"), and throwing shells at extreme ranges via battleship or monitor cannons would revolutionize both naval warfare and shore bombardment (much like the performance of 64 MJ electromagnetic railguns is projected to do in the future).

Peenemunde Arrow Shell. The saboting around the waist of the shell would fall away as it cleared the gun barrel

28cm K5 rail gun. Range 63km with an HE shell, 151km with the Peenemunde Arrow Shell

So we have two changes from OTL in order to support your vision:

Not the answer you're looking for? Browse other questions tagged warfare aircraft or ask your own question.

11
How would a treaty banning specific weapons be enforced?
6
Depth Charges against Surface Vessels
5
Impact of lack of fauna on an industrialized society

28
To assault a dwarven city
8
What if Germany had atomic bombs in WWII
3
Delaying the development of aircraft
6
Depth Charges against Surface Vessels
7
What post-war technologies would be essential or beneficial to a new construction battleship?
14
How to correct aim in aerial airship combat?
4
Would conventional explosives work differently under denser atmosphere?
8
Would nuclear bombs be effective against clouds of nanites?