How to Survive Mountain Environments With a Tribal Culture?

Assume we have an Earth-like environment.

If a tribe with only early medieval technology were to settle in a mountain environment:

This is a scenario which has occurred in many parts of the world, so it is not difficult to find some examples for this. As I'm myself from a mountainous area (rural Switzerland), which until a couple of decades ago still was very underdeveloped, I can tell you of a couple of problems and how people dealt with it: 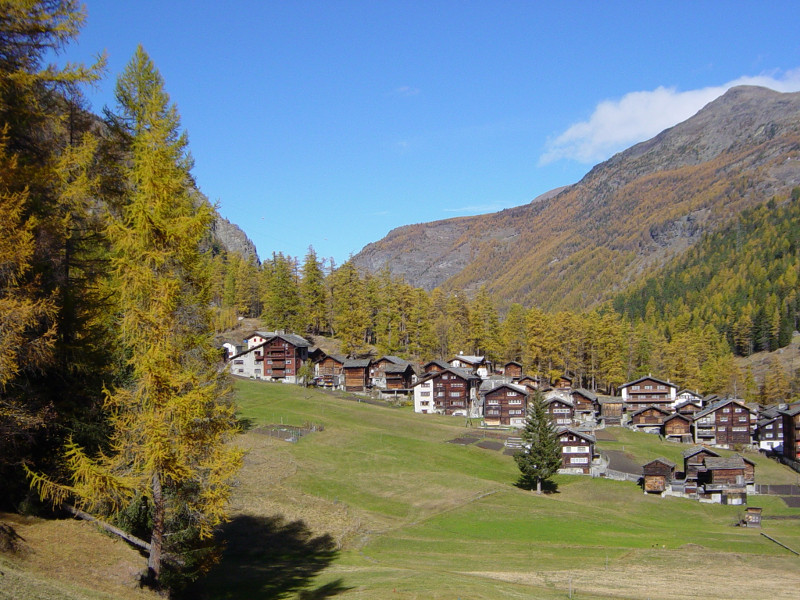 I think overall one can say that living in those times wasn't easy in mountainous areas and the people living there would have to be hard-working people, rather poor (except if there's mines maybe) and very used to losing people in accidents or natural disasters (as @Styphon mentioned).

Disclaimer: This is based on Middle European mountain areas, this will heavily depend on climatic zone and altitude. Tropical areas on the same altitude will be very different for instance, as will Arctic areas.

The human body would adapt and deal with elevation. Many top athletes often train at high altitudes to help train their bodies to absorb oxygen more efficiently from the thinner air.

If the terrain was pure mountains then the ability to adapt to the local geography would be key. Natural shelters in the forms of caves for early survival, though a medieval culture would be able to extend and possibly even create man-made caves for habitation over time. This will help them deal with the cold and natural predators as our, and their ancestors did. Fires at the entrance to the cave would ward off predators and help keep the cold at bay.

The most significant hazards would be natural. Snow and ice would create dangerous living and working conditions. The constant need for food would also be a source of difficulty, with meat being a large part of the diet. For the survival of a large settlement, farming is necessary, though in mountains this will be near impossible limiting settlements to a small size.

Cave ins, earth quakes, avalanches, all sorts of natural disasters would affect their daily lives. We struggle to deal with these in this day and age. They would simply be a fact of life for those in the medieval age that they had to contend with and get through. Any one serious act could end the settlement though.

The greatest killer in the mountains is exposure. Your tribe would need to find a way to stay warm and dry (or if desert mountains then cool). Caves provide good shelter; however, if they intend to stay there for much longer then more permanent structures are possible.

The nature of a more permanent shelter depends on the local materials and the scarcity of other natural resources. If there is plenty of food and water nearby then a tribe will most likely build permanent settlements out of local stone (you need to consider what these mountains are made from: sandstone? slate?).

If however food is sparse or water is rare then it is likely that a group of people would adopt a more nomadic lifestyle — as they cannot guarantee they will find shelter each night tents, teepees or yurts would be carried along with the tribe. These would most likely be constructed from the natural materials around them such as wood and skins.

Finally to address your final point about elevation (I assume you mean altitude rather than gradient). The human body typically starts displaying symptoms of altitude sickness around 4000 m above sea level. However the severity of the symptoms are usually influenced by the body's normal altitude. There is evidence that humans who have always lived at high altitude are less effected by it than those who are more accustomed to sea level. Symptoms are often reduced by basic acclimatisation. A tribe climbing to these altitudes over a number of days or weeks would likely not suffer much more than a little breathlessness.

Can't think of early Medieval examples, but here's an example of hunter-gatherers living in mountains: http://research.amnh.org/anthropology/research/naa/alta_toquima

In the Great Basin of western North America, the mountains are often much more hospitable than the valleys, as they catch the limited precipitation and store it as snowpack. Animals (and presumably humans) tend to change elevation with the seasons, migrating to the valleys in the winter.

One of the major food sources for early people in this area was the pine nut, the seeds of several species of pinyon pine, which only grows well at elevations between 6–9 thousand ft (1800–2800 m).

Not the answer you're looking for? Browse other questions tagged environment earth-like climate mountains altitude or ask your own question.

6
What is the climate of a mountain range at the border of the polar front?
6
Can I get some help with the calculations of my mountain?
5
How would a large arctic mountain range affect the weather?
3
Could a human colony persist long term on a planet with limited food and water resources?
3
What kind of planet environment could best host aliens like *Battle: Los Angeles*?
4
How to Renew Old Mountain Ranges
1
How Would Hominids Evolve to a Mountain Environment
10
How to avoid altitude sickness in medieval age?